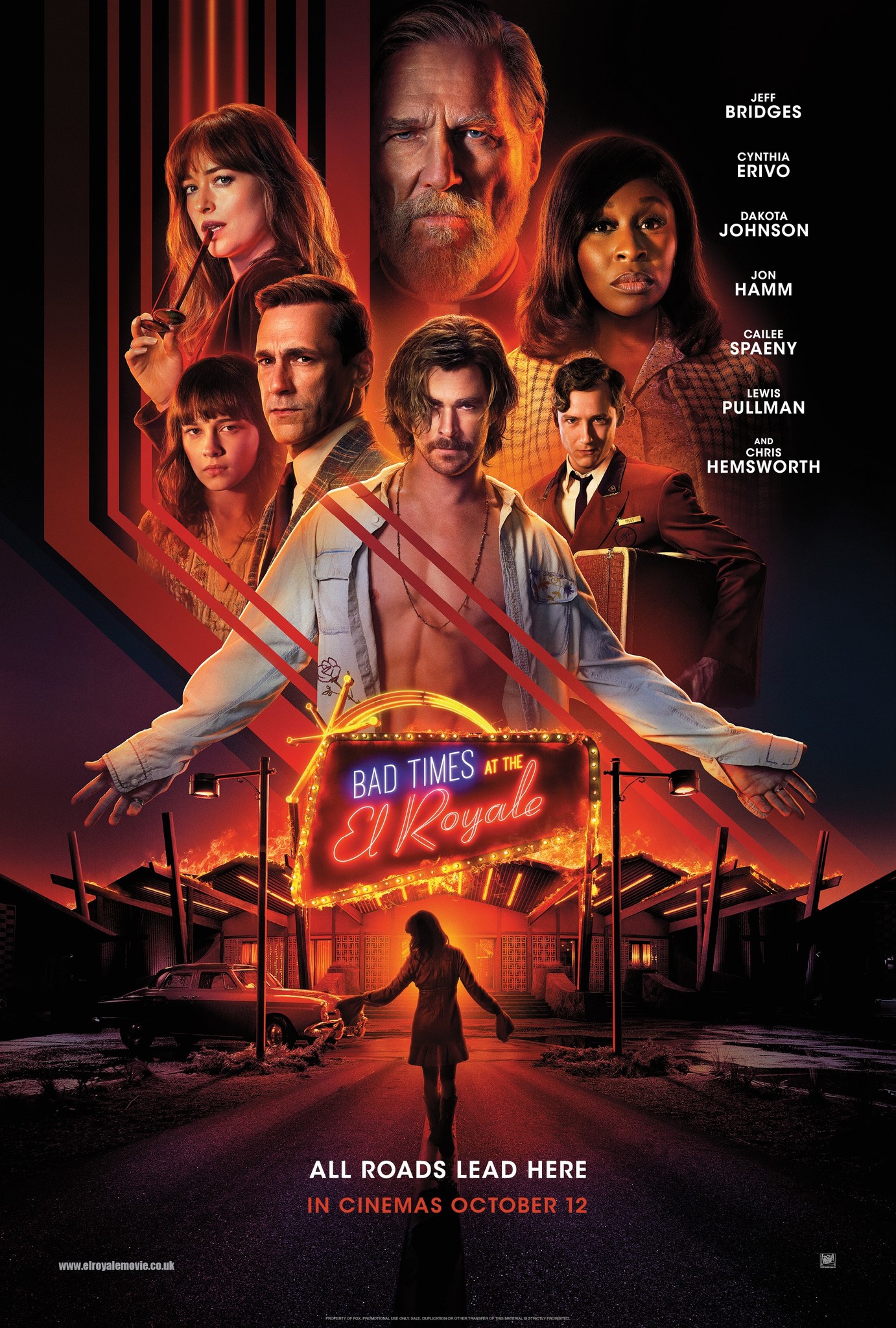 I had fairly high hopes for this movie, and I feel that the movie accurately met my expectations and delivered on an as-advertised fun thriller, perfect for a cool fall night with friends.

The trailer did a great job of pulling me into this story, without sacrificing any important plot twists or character backgrounds that are at the core of this film. Truly, the acting was the highlight of this entire movie! Jeff Bridges was excellent as always, and Jon Hamm busted out a very entertaining and fun role, albiet he was a more minor role in the final product than the trailer and first half hour or so would have you believe. In parallel, Chris Hemsworth's character ended up playing a much more important and later role than the marketing originally forecast, but I firmly believe this led to a better viewing experience as a whole.

Drew Goddard, the writer and director of the film, showed how a thriller can keep us all on edge while still being fun, and dancing with heavy themes and concepts. There is notable influence from his work on "The Cabin in the Woods," and I would even say that this movie could eventually fit in some loosely tied cinematic universe, sort of like what M. Night Shyamalan is doing in his "Unbreakable" universe. I would love to see more from Goddard in the future, and I feel that he could tackle many different genres and styles in a fresh way.

Overall, I highly recommend seeing this movie to any minor movie buffs, and even casual fans will have a lot to discuss after this film with friends, and much to ponder even hours after the credits roll.

Have a pleasant stay,