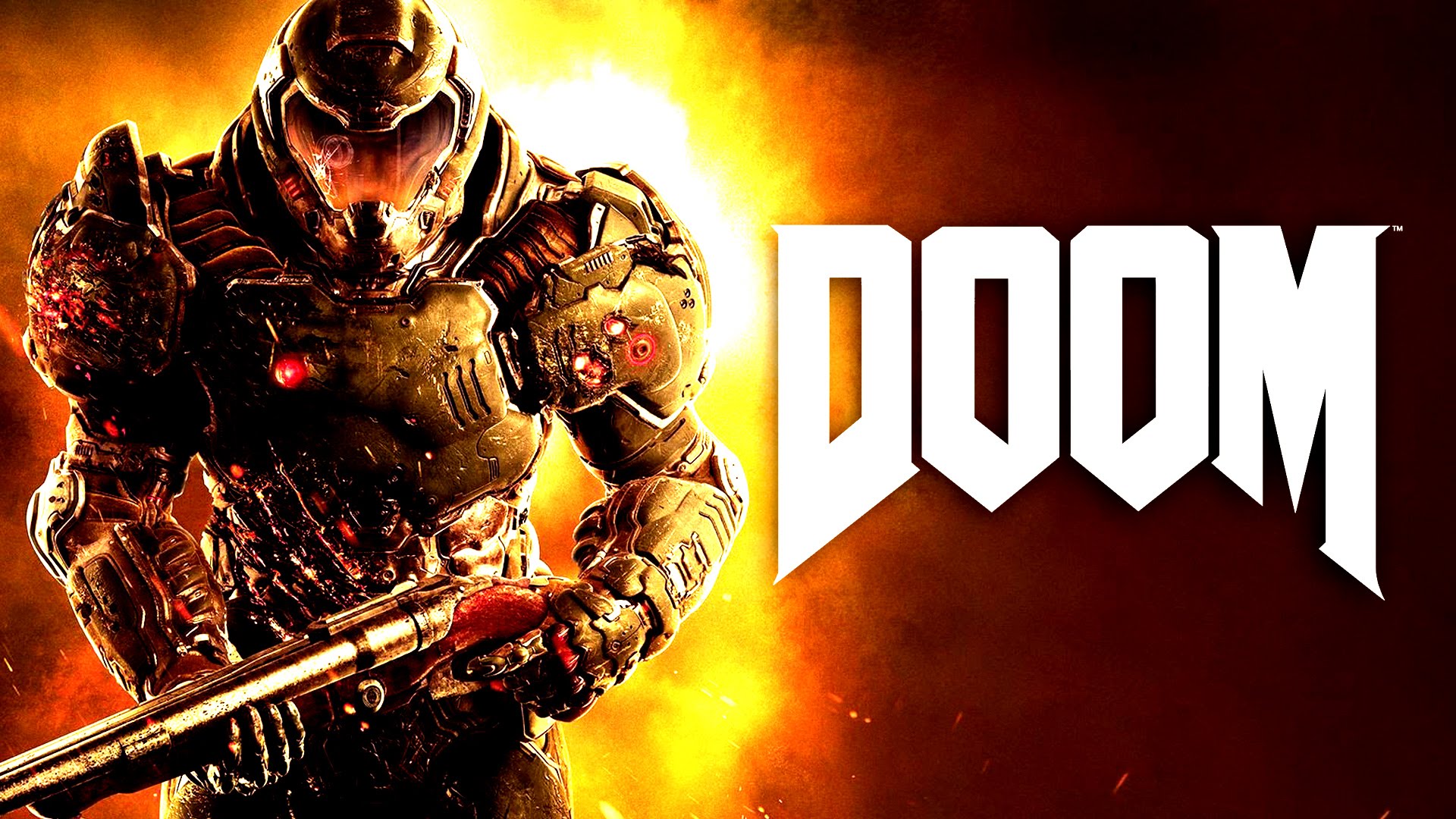 I'm quite late to the party in playing this epic cornerstone of Bethesda's lineup, but boy am I GLAD I finally got around to it!

I had tried to play this game a couple times before, but just couldn't get into it. My previous rig couldn't handle it all that well, and this discouraged me from pushing forward given the title's fast paced nature and reliance on twitch shooting. Since I had recently upgraded my PC, I decided to give it a shot, and immediately was engrossed by the visceral graphics, rewarding gameplay, and adrenline-pumping soundtrack.

For starters, the visuals are absolutely stunning. The different environments the game takes you through in its hours-long campaign are all beautiful and distinct from each other, in a way that many FPS developers fail to implement. There is a rich world and story told by the design of the facilities fought through, and by the extremely detailed weapons and equipment found along the way.

However, I'm sure most don't play a game like DOOM for the story. They play for the sharp action and shooting mechanics that make the game fast-paced and electrifying. And this entry delivers in a way that hearkens back to the DOOM games of old, while bringing 21st century convenience and style to the tried-and-true formula. New mechanics and methods of maneuvering are slowly but surely introduced throughout, with a heavy emphasis on exploration. If one wishes to be able to upgrade their gear to the max to face the hordes of demons facing them, they NEED to check every nook and cranny in the game, because there is bound to be something to find. A new weapon, some armor/health/ammo, or even a cure in game collectable to remind the player amongst the death and destruction they wreack upon their enemies, that they are still playing a fun, engaging video game. In addition, challenges throughout the game keep even expert players on their toes, trying to kill enemies in a certain way, or to complete other goals before they finish the level or within a certain time limit. The most important aspect that the developers ensured to keep available is that every action is fun, and has a reward to it. This keeps the player wanting to KEEP playing, for hours into the night like I did.

While not as surface level as graphics or gameplay, the music and sound design is top notch. There is nothing better than jumping between targeting six different demons at once, all as a blistering heavy metal and synth track plays in time with your quick kills and death-defying powerups. The weapons sound brutal, and reflect that impression upon the beats before you.

The only complaint that I could muster is that the campaign ends a little abruptly, and the final boss is slightly anti-climatic. I won't go into details so as to avoid spoilers, but I could see the game lasting for another couple levels at least, or perhaps including a more definitive final enemy that really brings the game to a satisfying close. It ends on a cliffhanger, but one that promises a new title soon. To anyone who enjoyed the game (like me), this is exciting, as another chance to defeat enemies in the engine and design that Id Software crafts is a welcome one. And, wouldn't you know it, "DOOM: Eternal" was announced at this year's E3 Gaming Conference in June, promising a return of DOOMguy for all the fans out there waiting patiently for a sequel.

I can't wait to see how innovative and enjoyable the new game will be!