The site of the single bloodiest conflict on American soil, and a beautiful, if haunting, West Virginian town, August 15th, 2019

Antietam, as many know, was one of the most gruesome battles of the entire Civil War. Nearly 26,000 soldiers were dead, wounded, or missing, more in a single battle than the American Revolution, the War of 1812, and the Mexican-American War combined. Harper's Ferry, on the other hand, is a town famous for many things. Merrywether Lewis, John Brown, A.P. Hill, the race between railroad and canal, all shaped the town's history 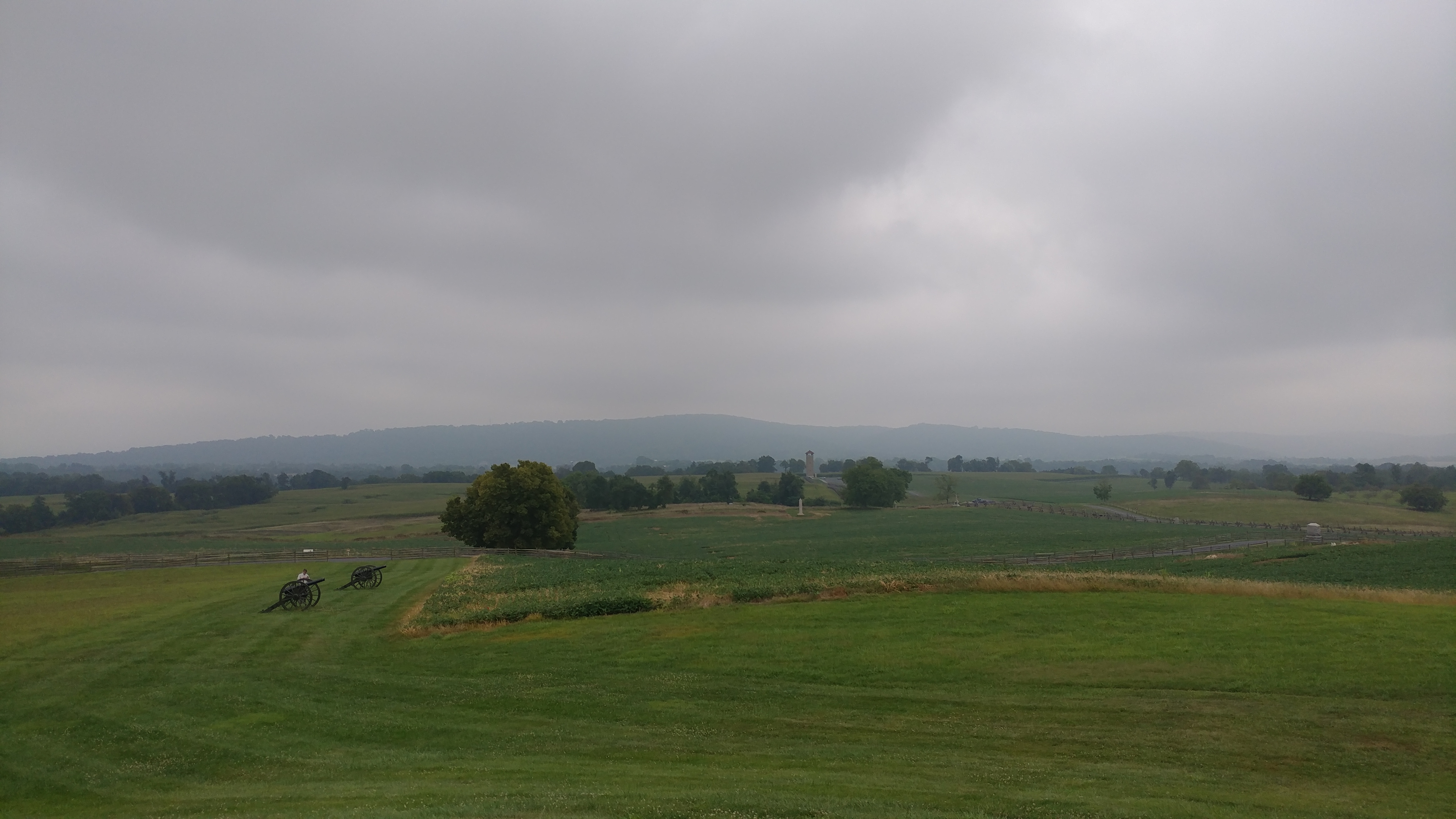 This is the view from the observation deck at the Antietam visitor's center. You can see why the armies would want such an open area to fight to their deaths 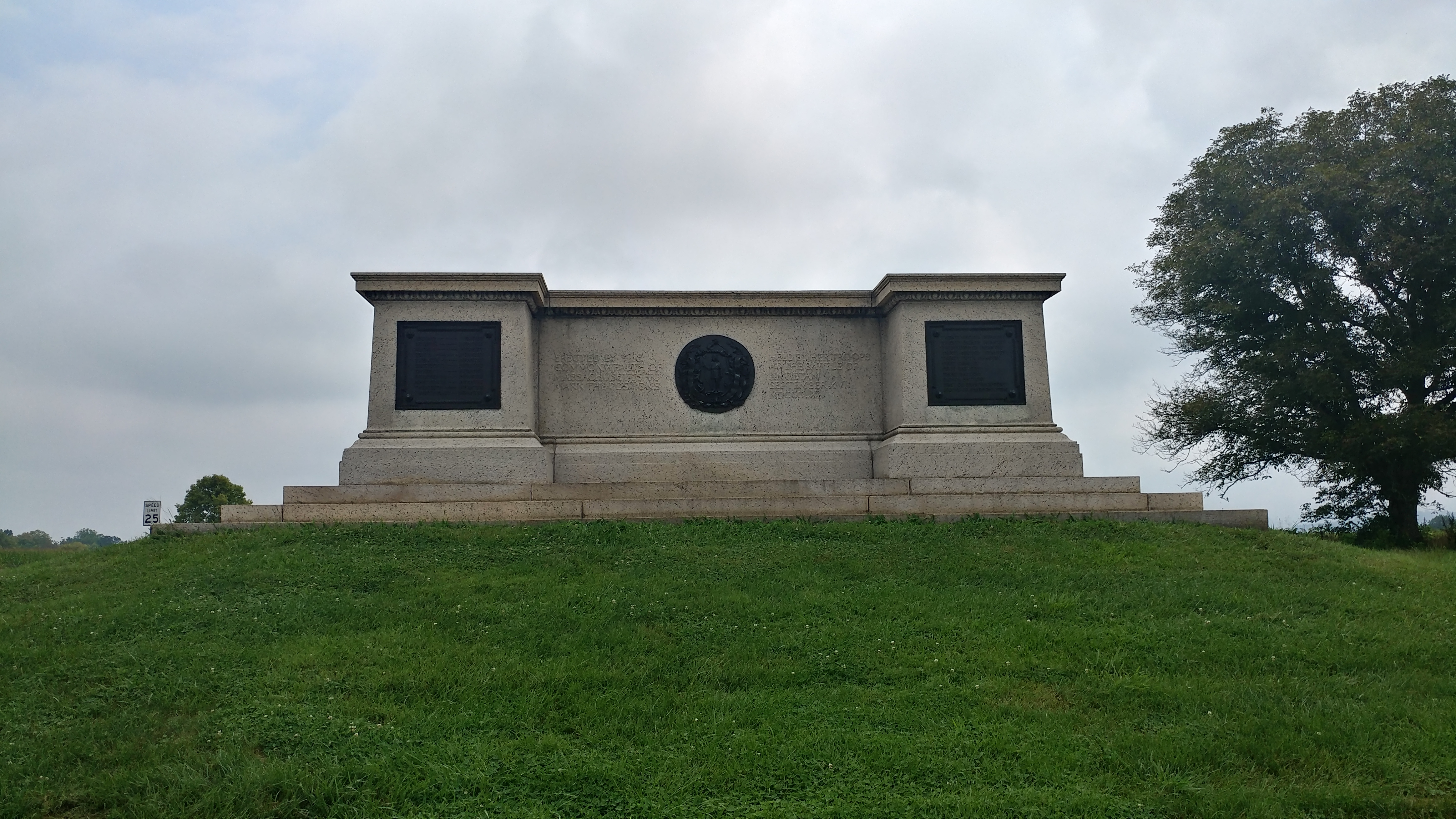 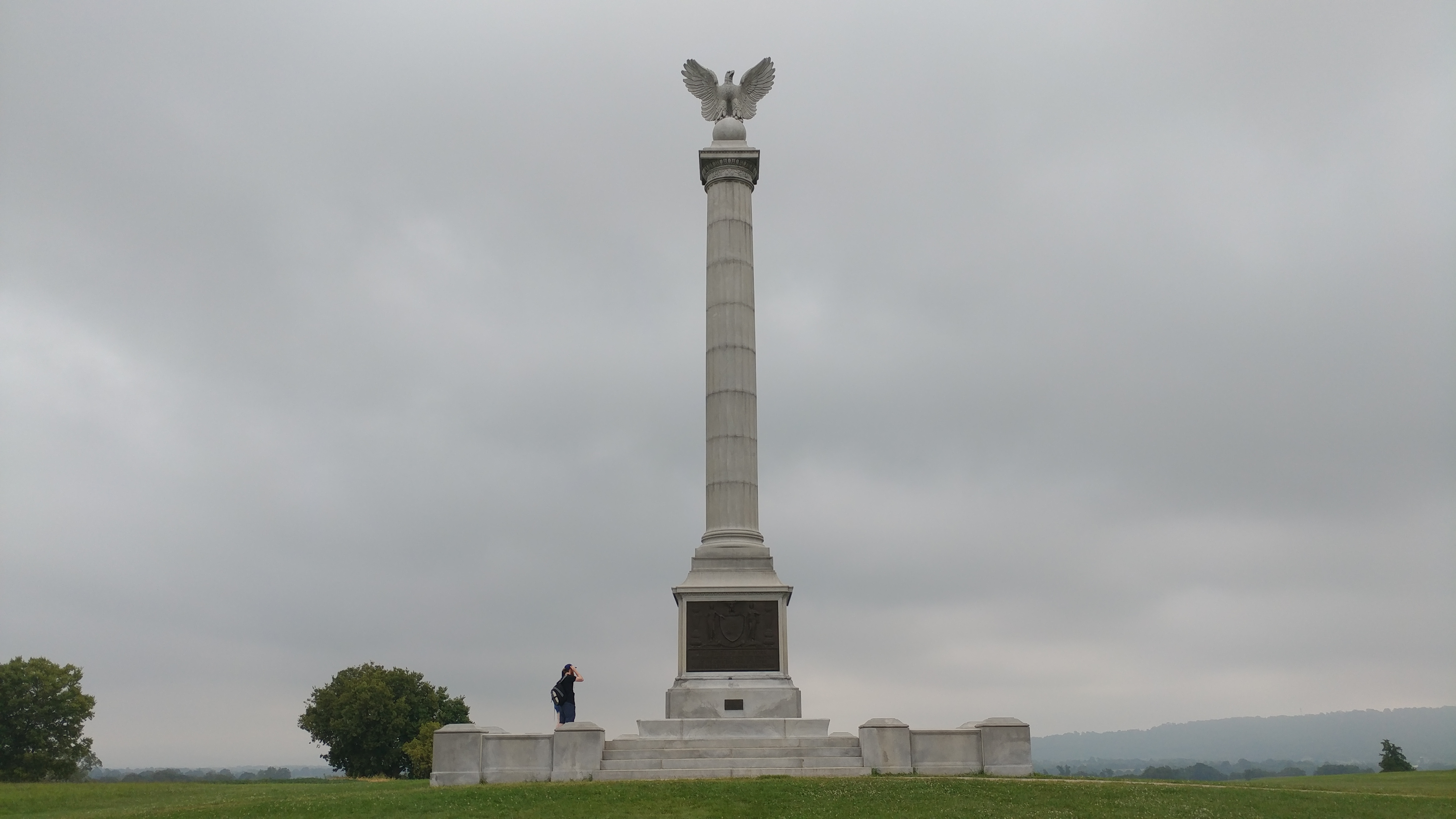 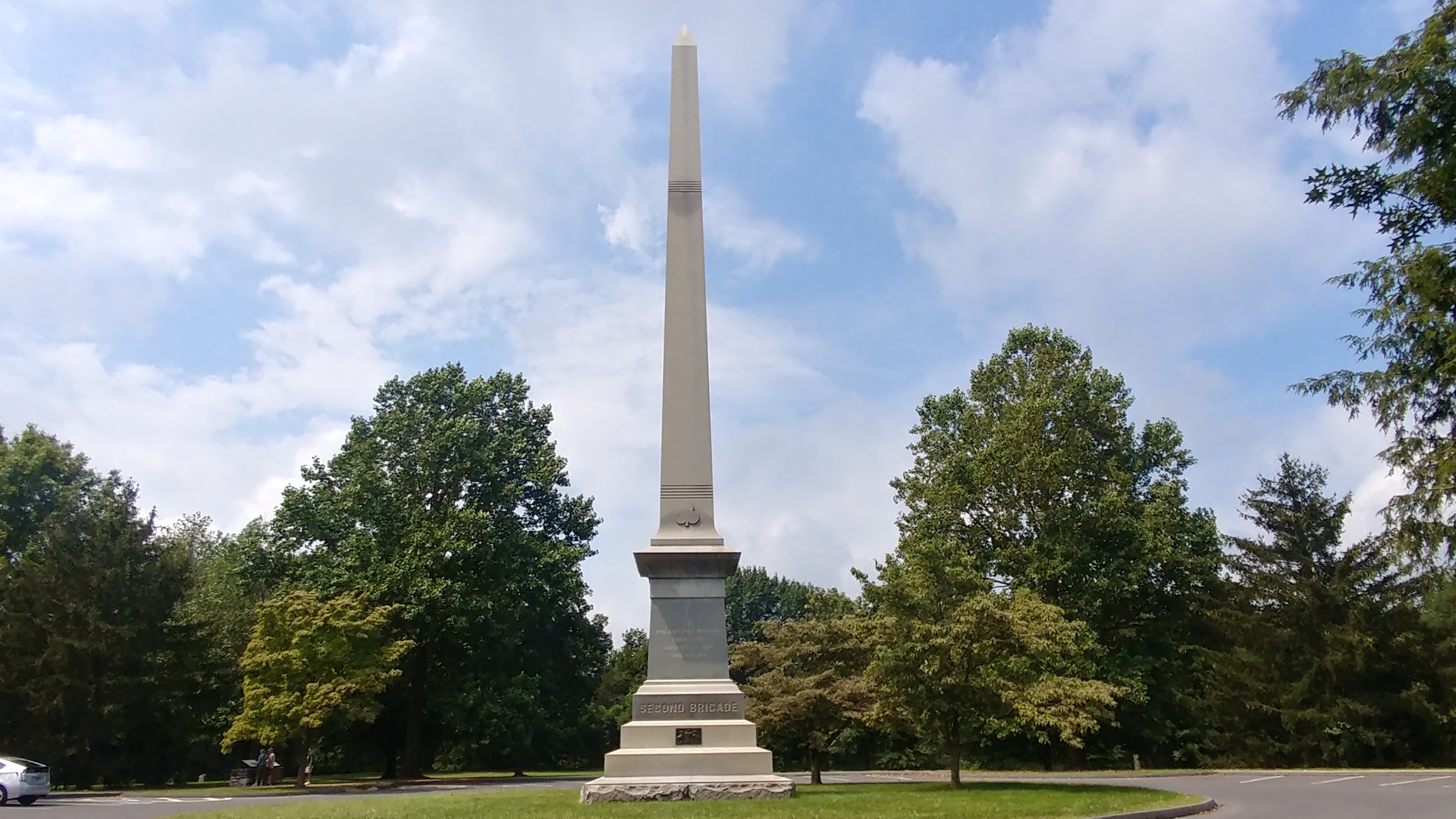 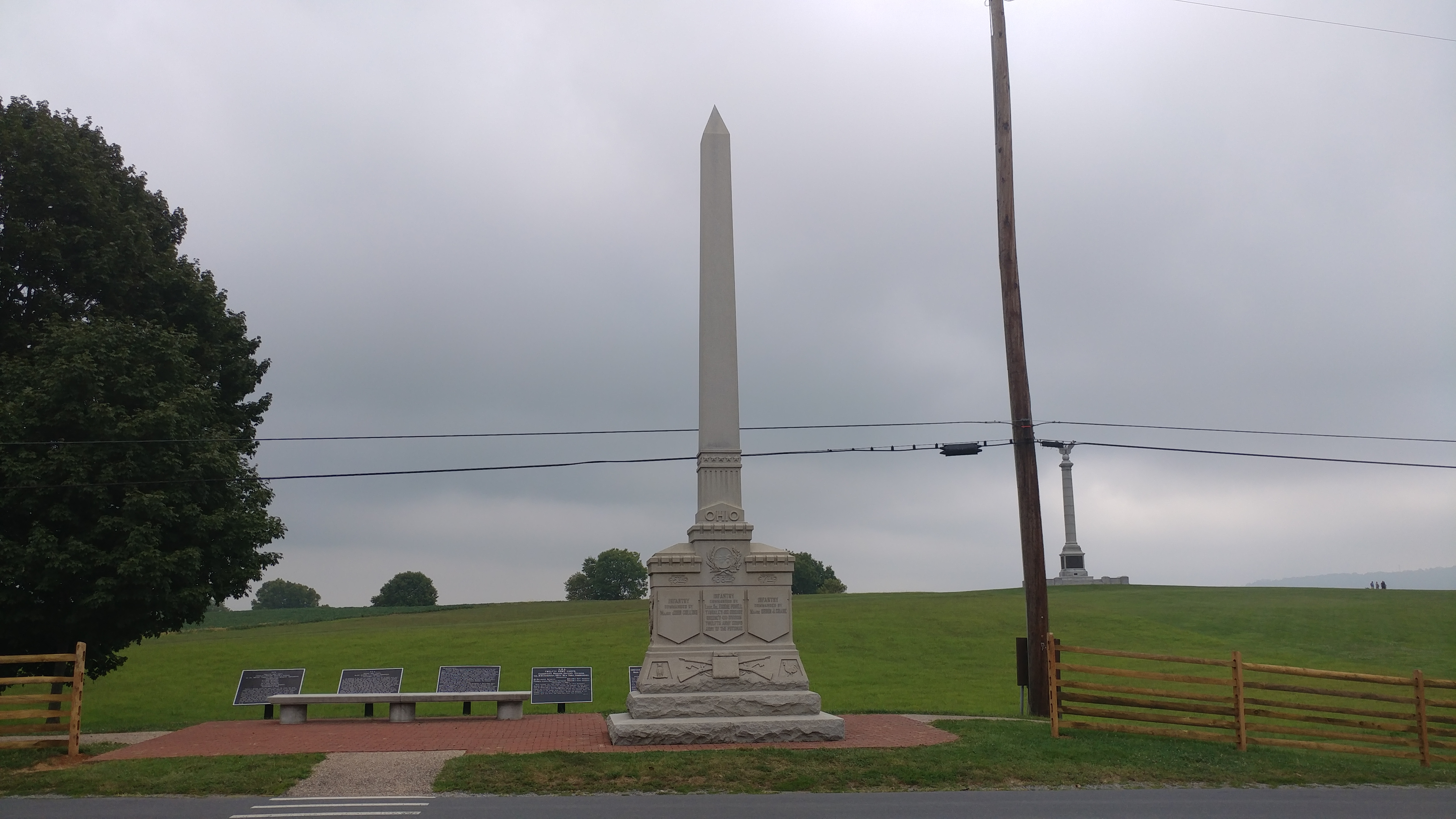 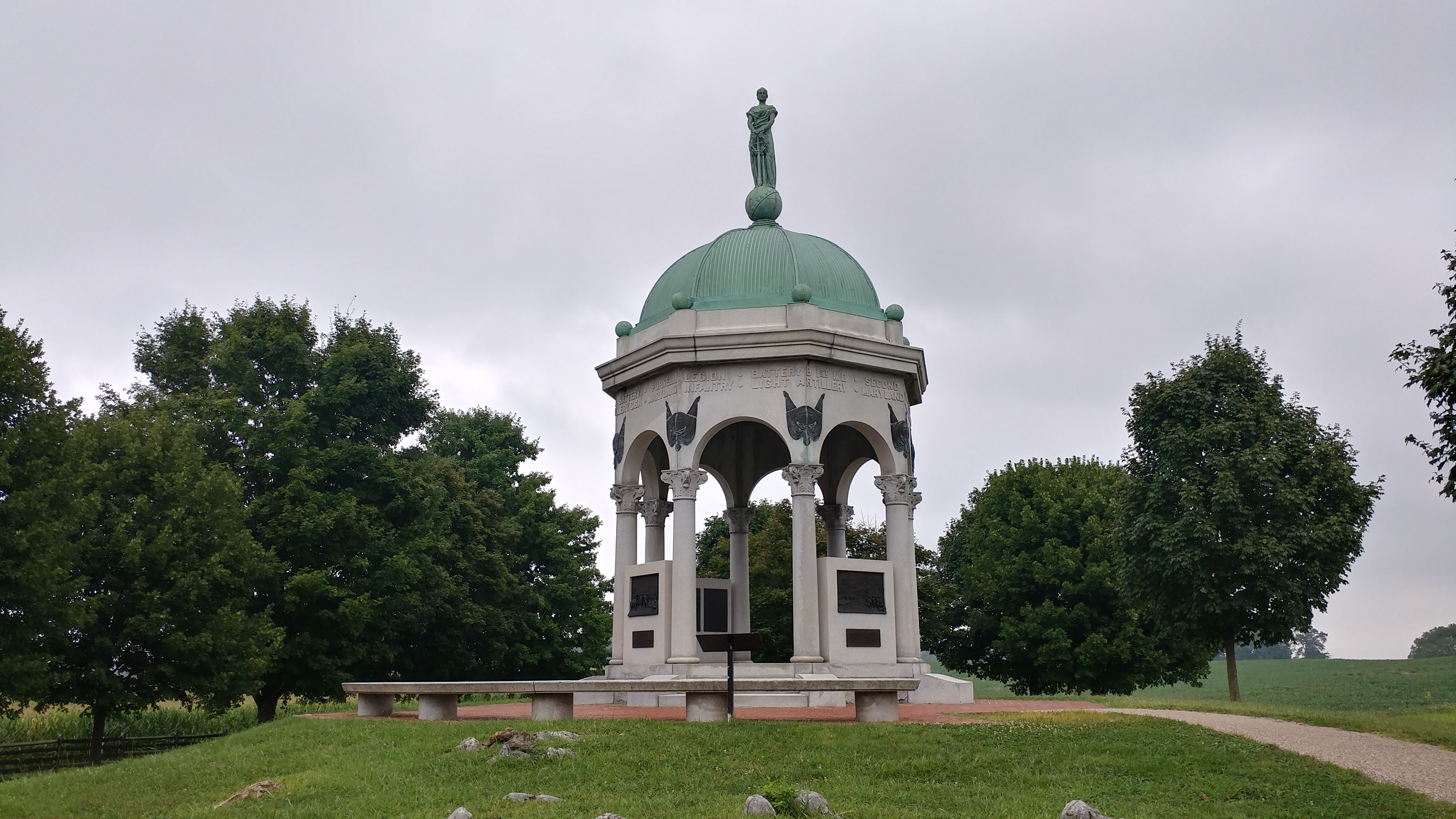 These images are a collection from states who wished to honor their sons who fought in the battle, both Federal and Rebel. 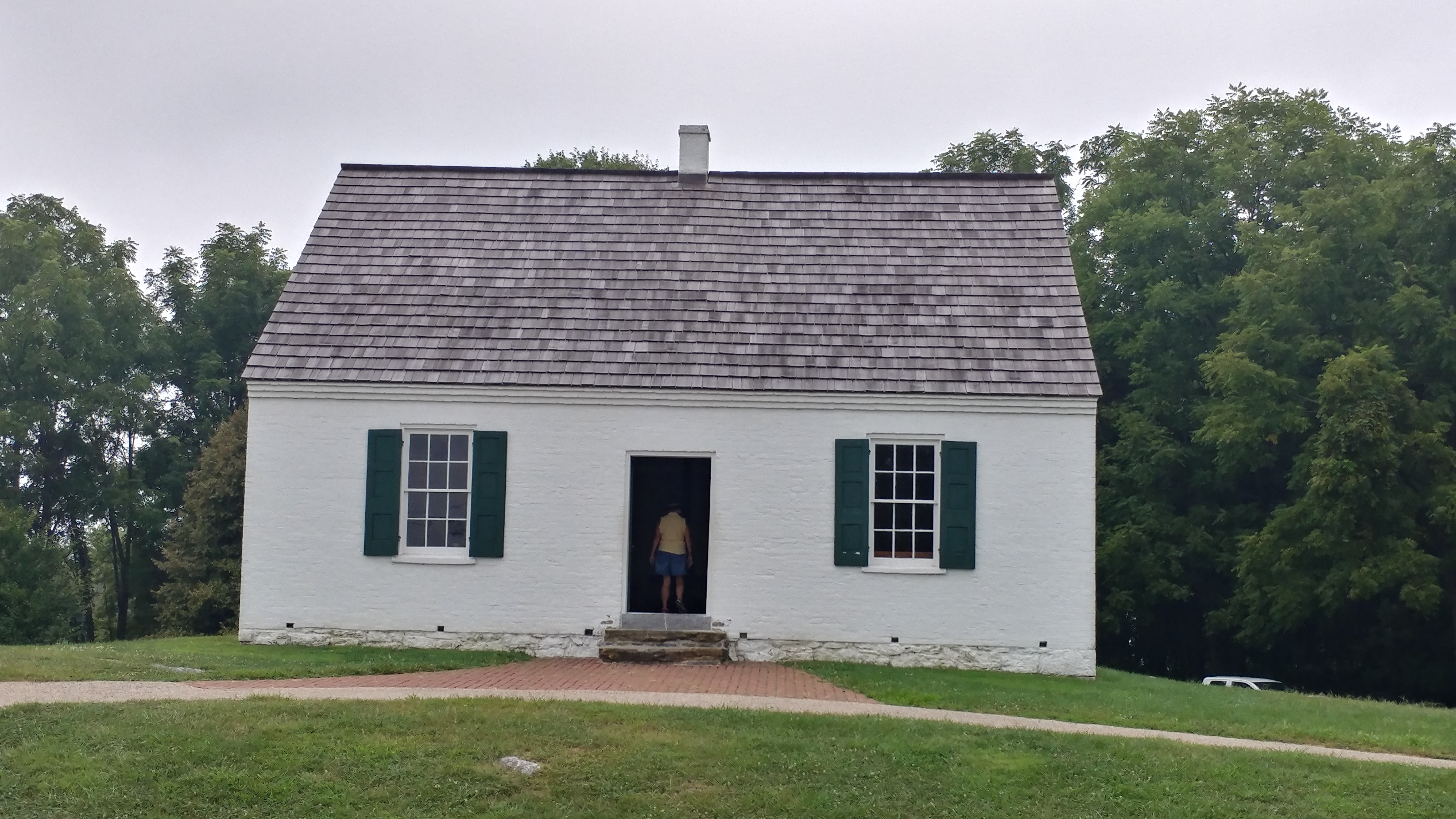 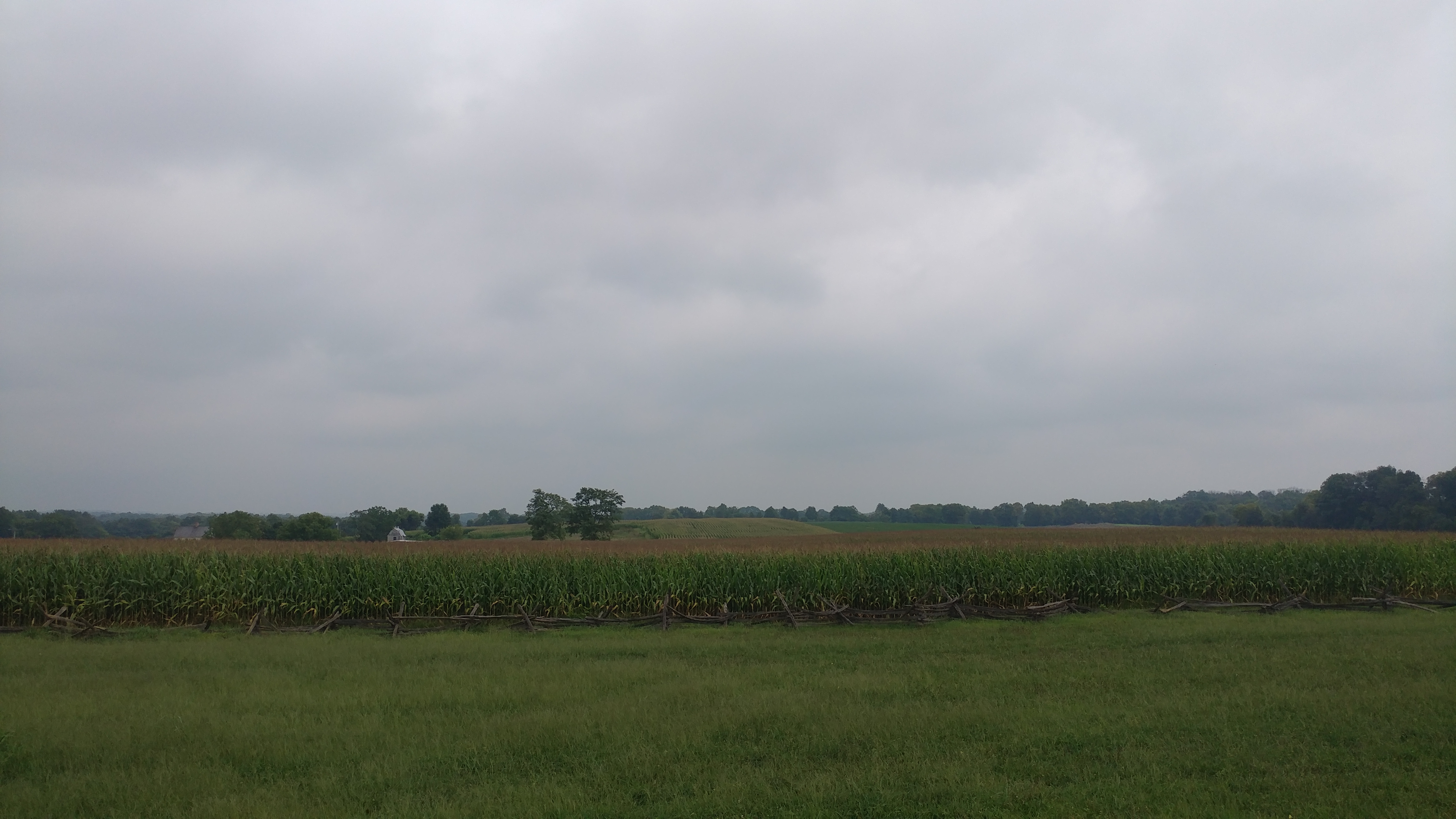 This church had the front row seats to the terrific display at the cornfields, seen in the image below it. Union soldier's waded through and fought the Confederates from the West 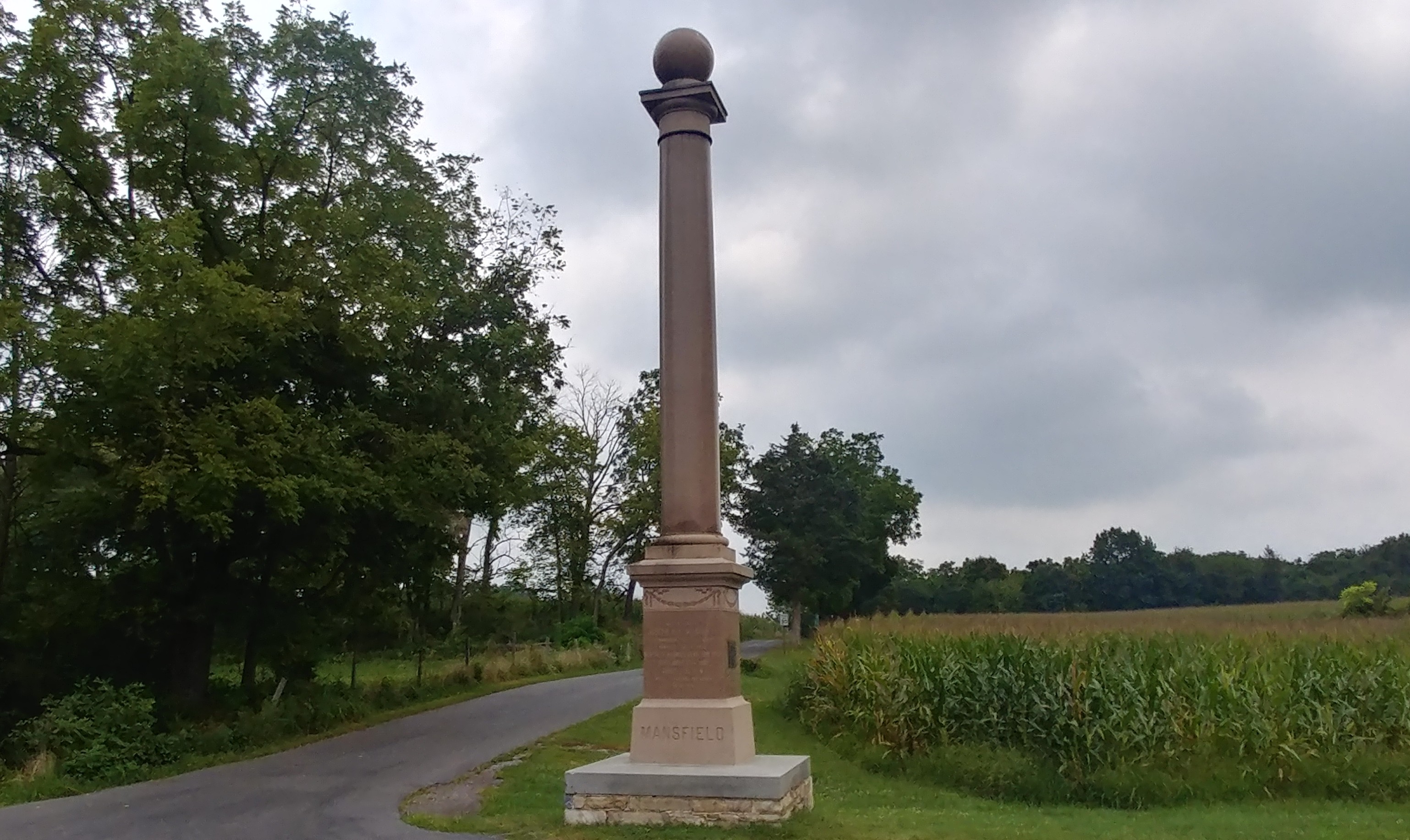 This marker commemorates a Union general who was mortally wounded in the fighting. Six died in battle that day: three North, three South 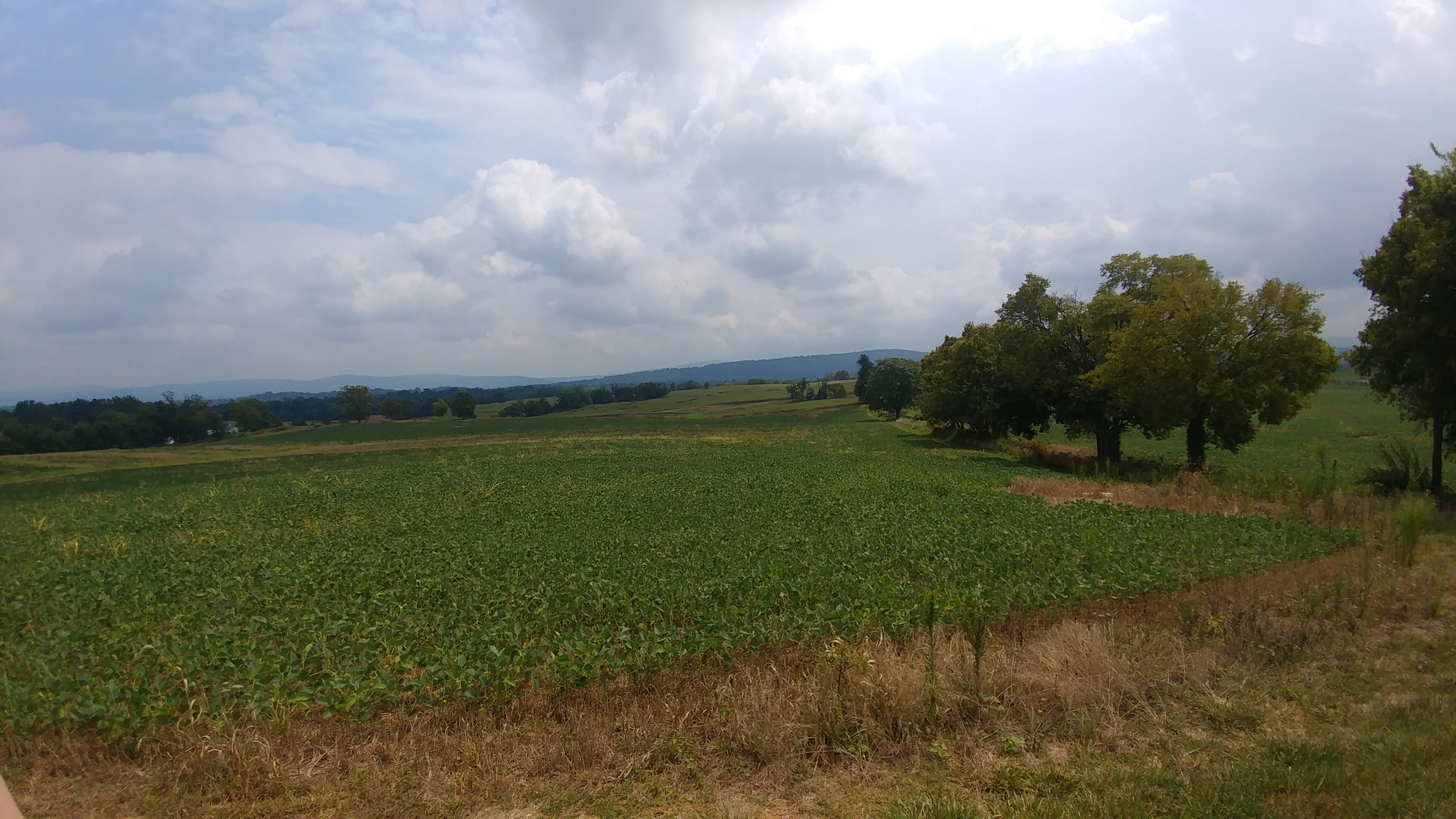 This is another view of the battlefield, from the Confederate side. Men swam over the open fields, swarming towards each other like ants 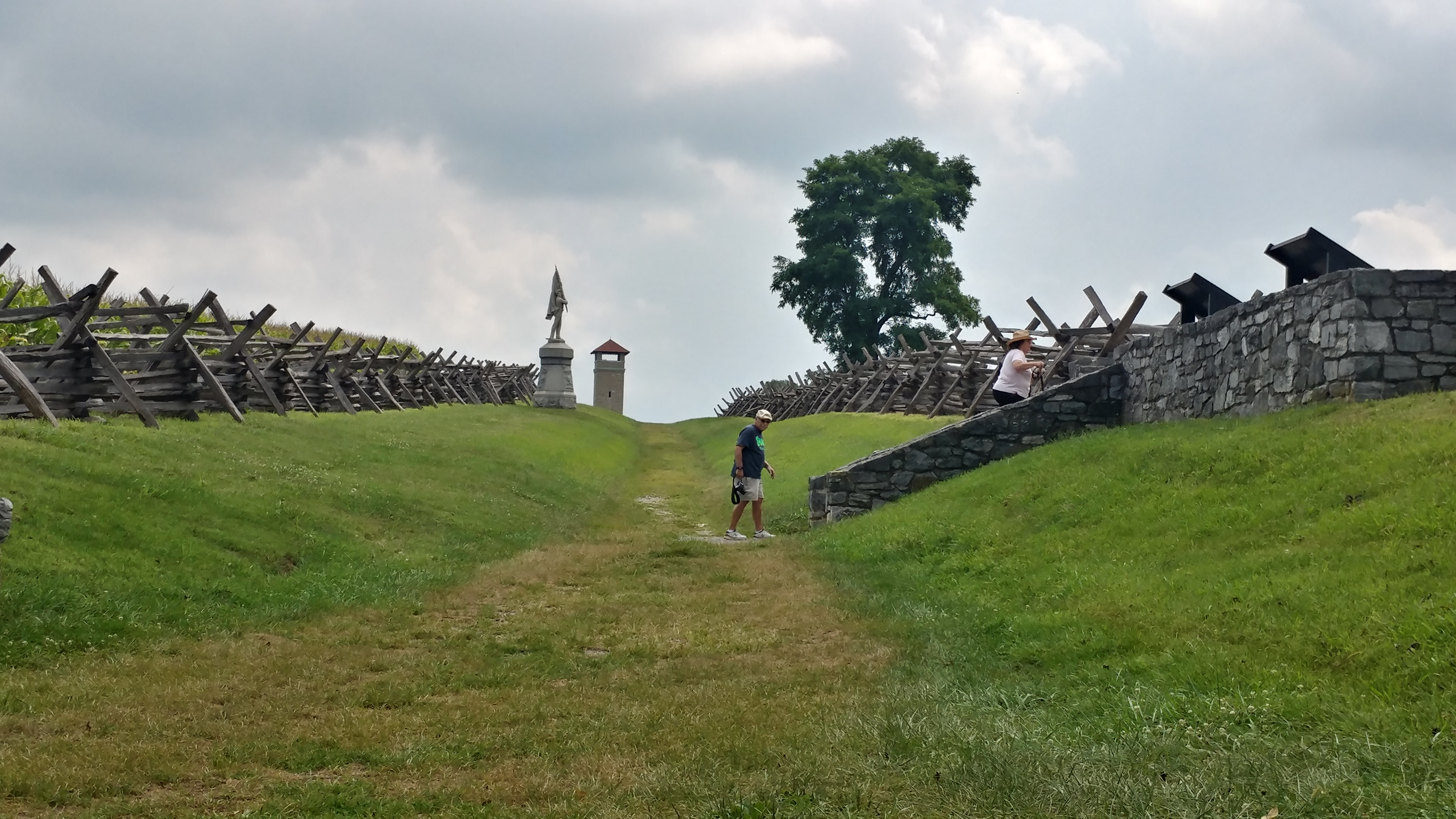 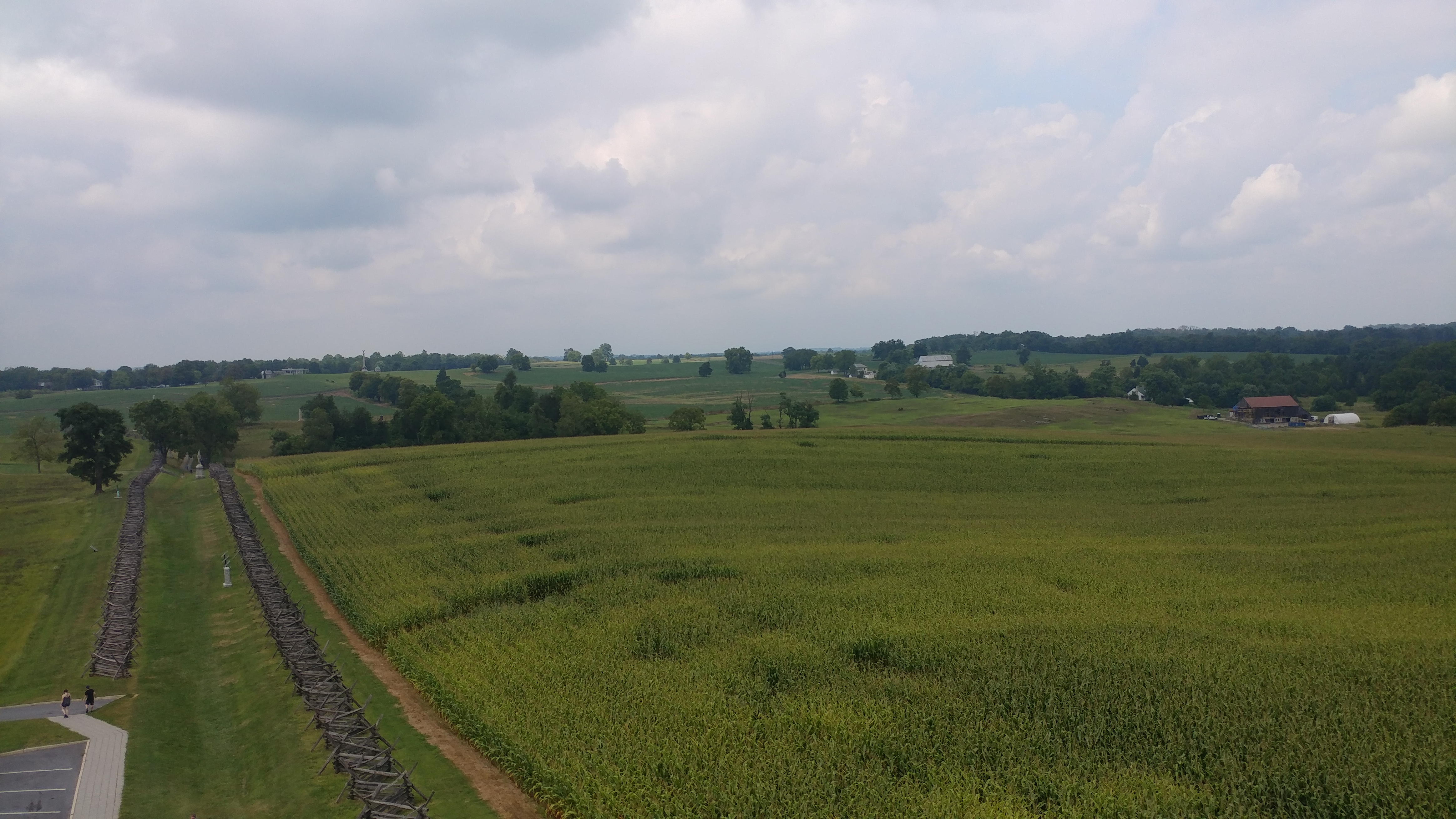 Two views of what became known as the "Sunken Road." Confederates were holed up on the road, firing at Union soldier's advancing towards them. They were eventually routed, but thousands lay dead or bleeding on the bloody street. 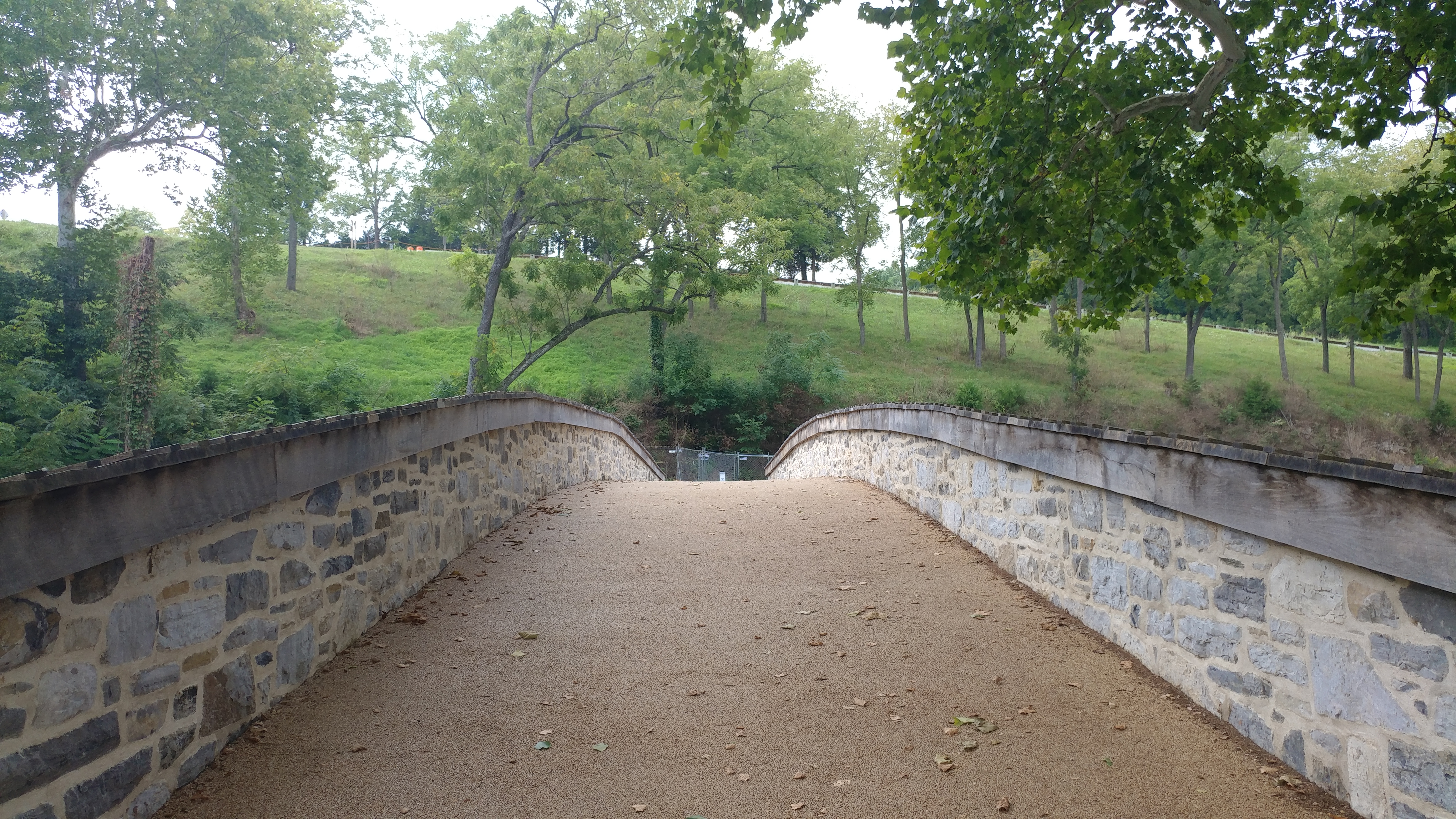 General Burnside commanded his troops to rush the Rebel emplacements on the other side of this bridge, and to not stop until it's done. The structure is barely wide enough for a car to drive through. The 51st New York and 51st Pennsylvania Infantry were instrumental in capturing it. A.P. Hill's Confederate infantry, coming to back up General Lee from Harper's Ferry, were able to prevent these troops from finishing off the Army of Northern Virginia. 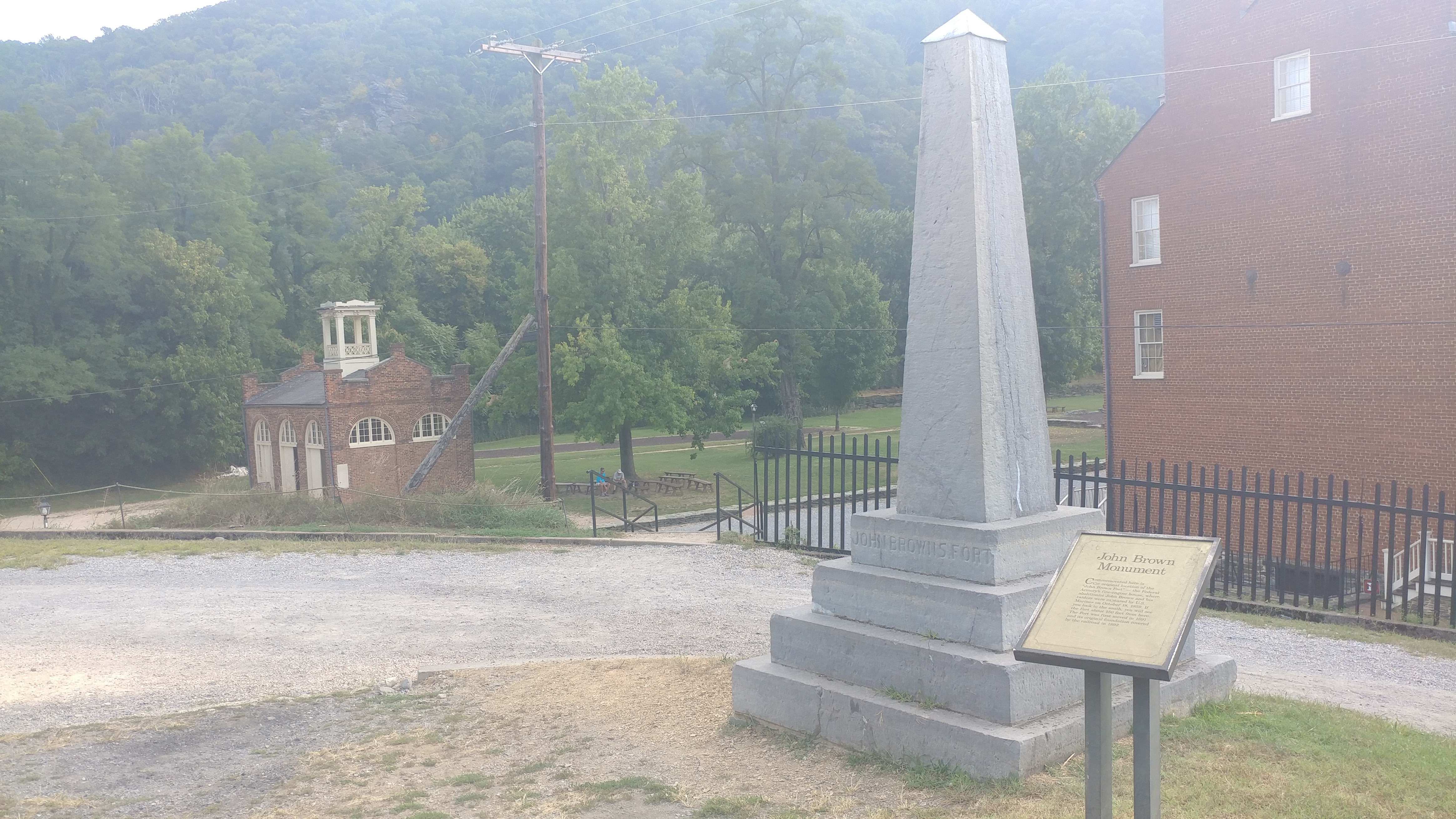 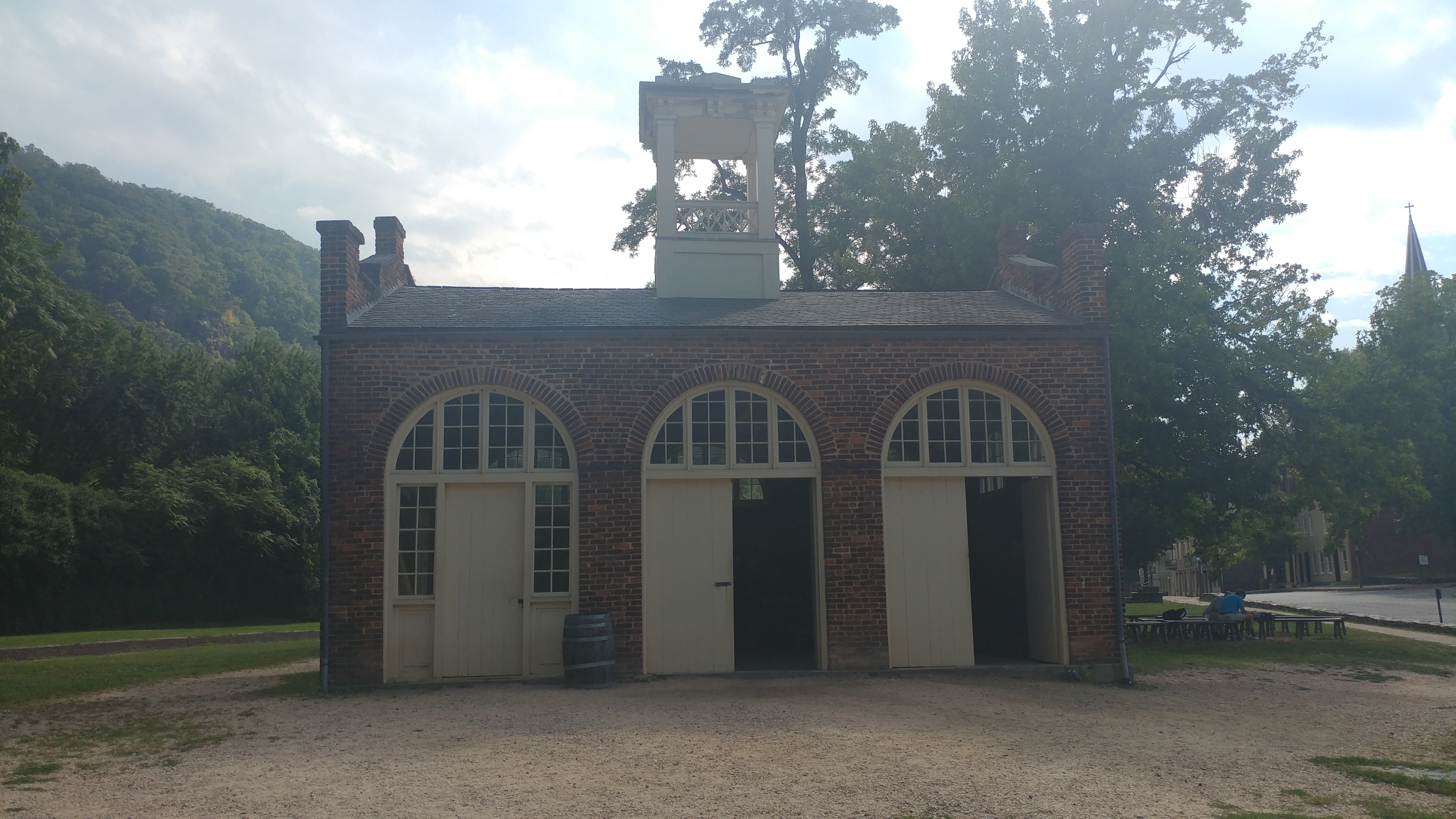 Switching gears (and states) a bit, here we have the marker where John Brown attempted an insurrection against the institution of slavery. He collected a group of men, and rushed the armory at Harper's Ferry in an attempt to surmass weapons to mount a slave rebellion. He was put down by Robert E. Lee, but is seen as either a hero or a terrorist, depending on who you ask. 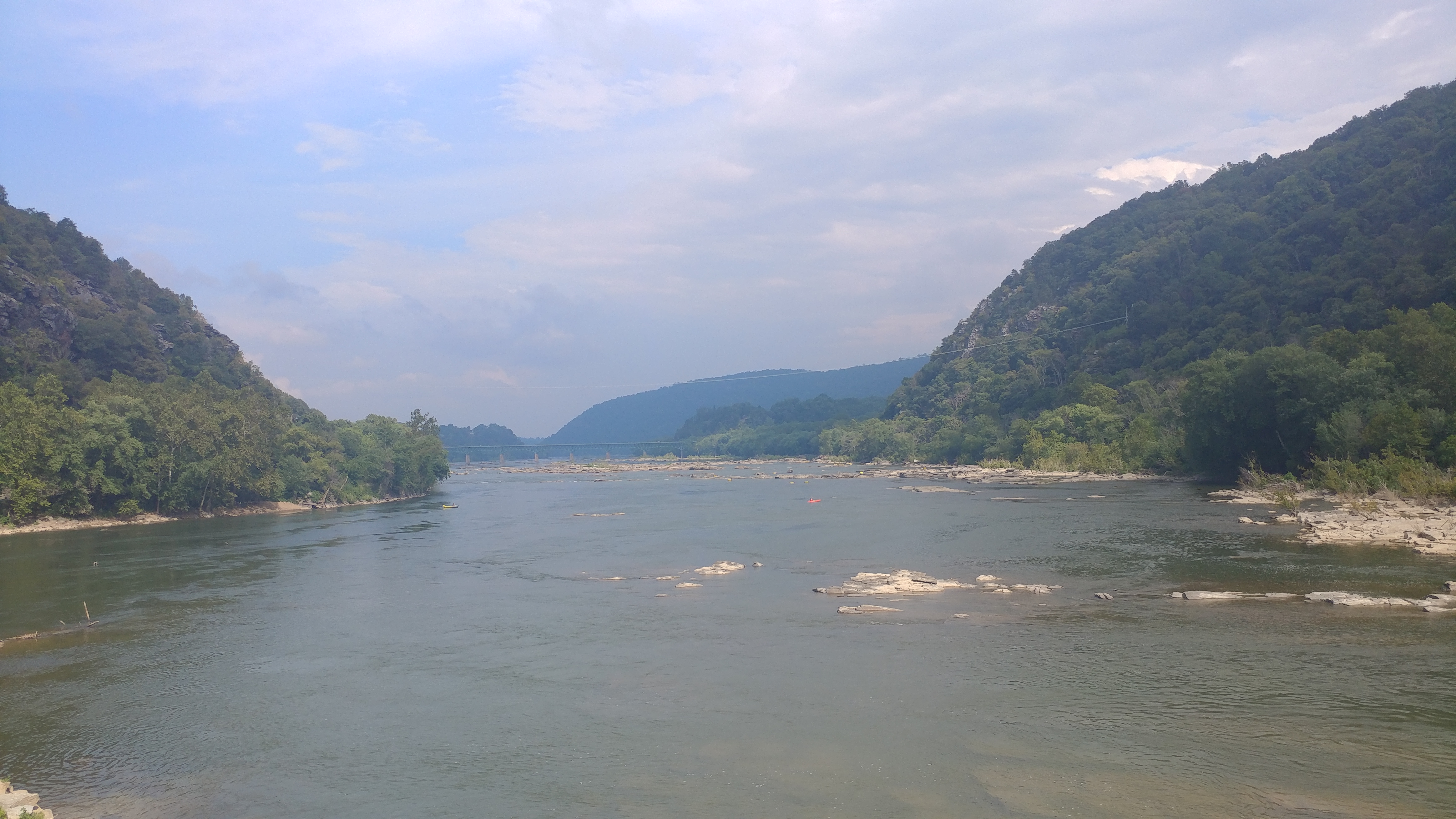 To finish off, this is an image of the river junction at Harper's Ferry, where the Potomac and the Shenandoah meet. It is a gorgeous site, and one can understand where John Denver got his inspiration to, "Take Me Home, Country Roads."