A sobering look into arguably the most important battle of the Civil War, August 13th, 2019

This week, my grandfather and I are taking a long-anticipated trip to Gettysburg. We toured the battlefield today, will continue with the walkthrough tomorrow, and will move on to Antietam and the Greenbriar Country Club over the weekend. My grandfather is a huge civil war buff, and I quite enjoy history myself.

This post is going to be a bit different than normal! Below I will post pictures that I took throughout this day, along with some notes giving context to the pictures. 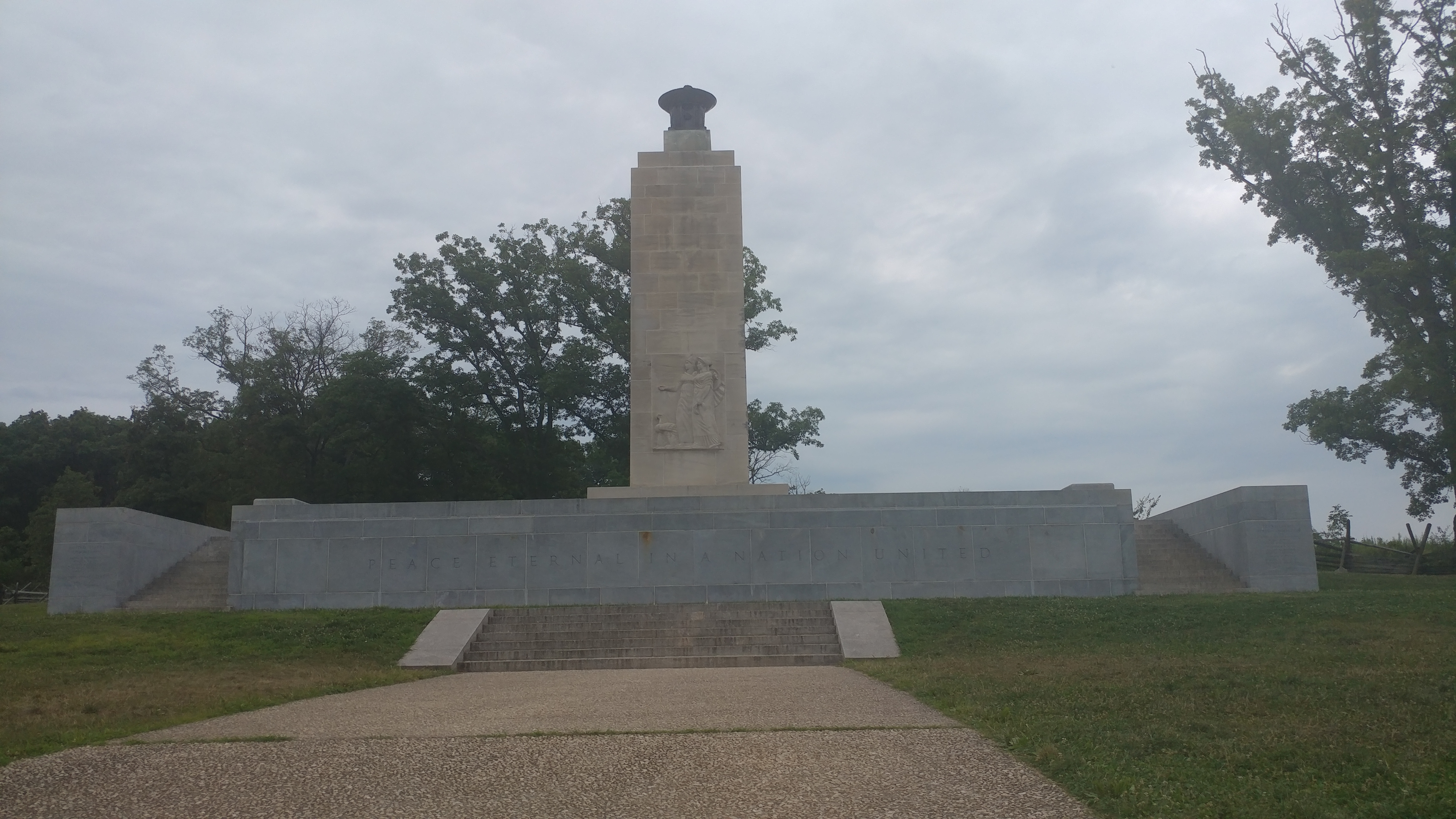 This monument is one devoted to the valiant fighters in the battle of Gettysburg. The flame at the top is gas powered and is always on, similar to the flame at The Tomb of the Unknown Soldier 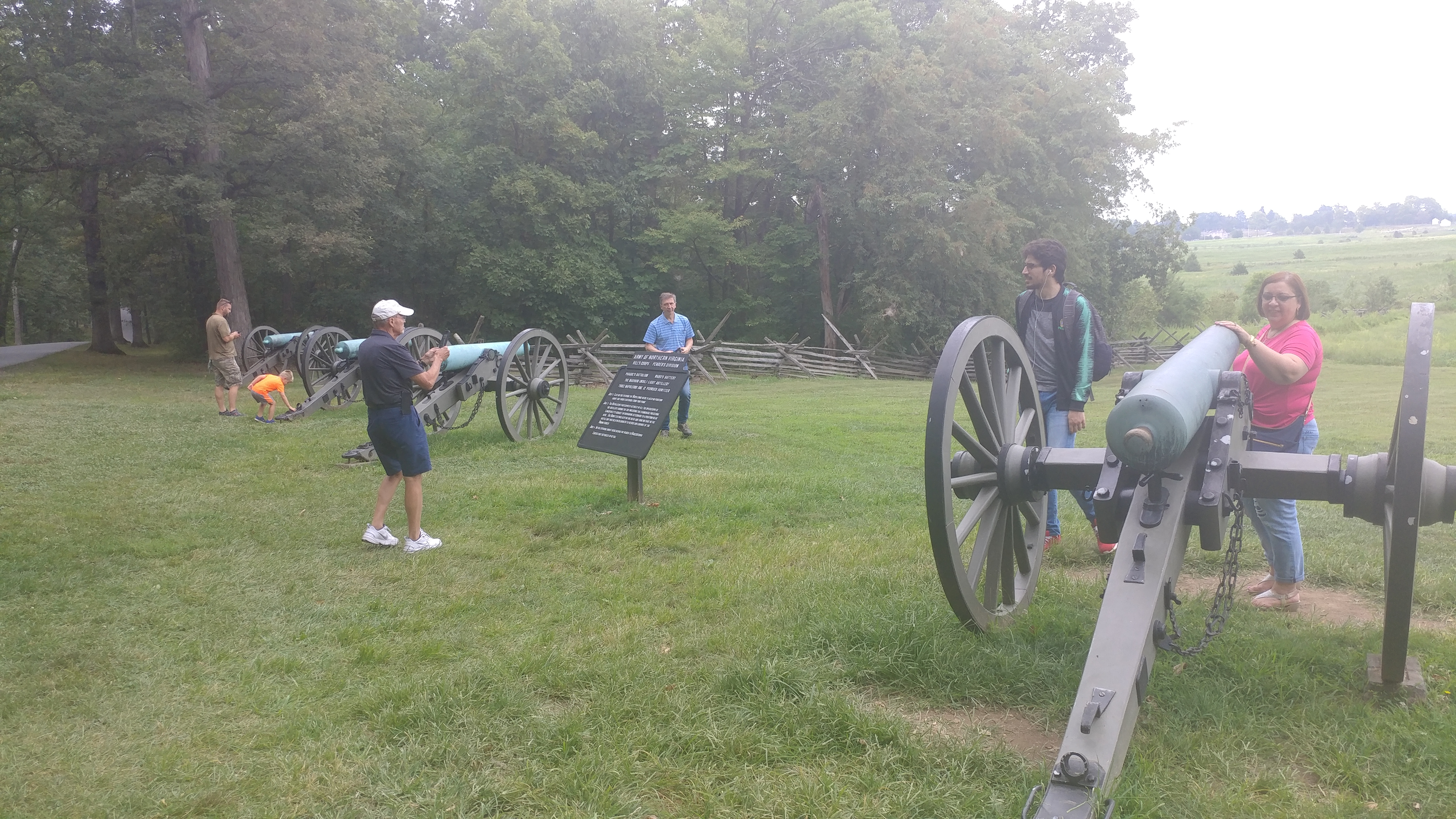 In this image, you can see genuine cannons from the Civil War. The bronze cannons could fire up to a mile away, and the steel ones could reach as far as two miles! 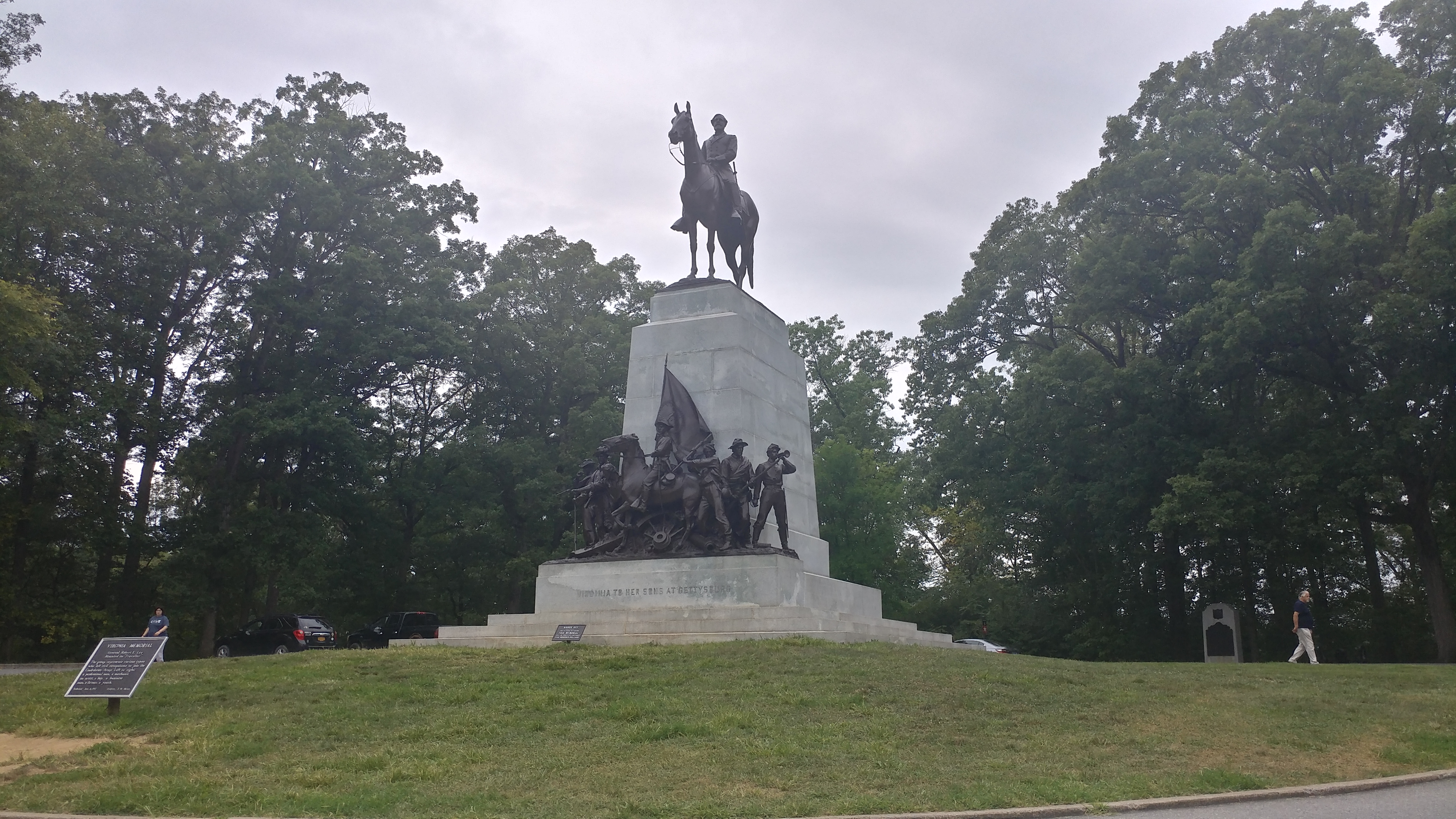 This monument is a statue of Confederate General Robert E. Lee, looking onwards towards the field where his troops would rush against the Union forces. The bronze busts below him show a series of men from different walks of life that fought for the Confederacy 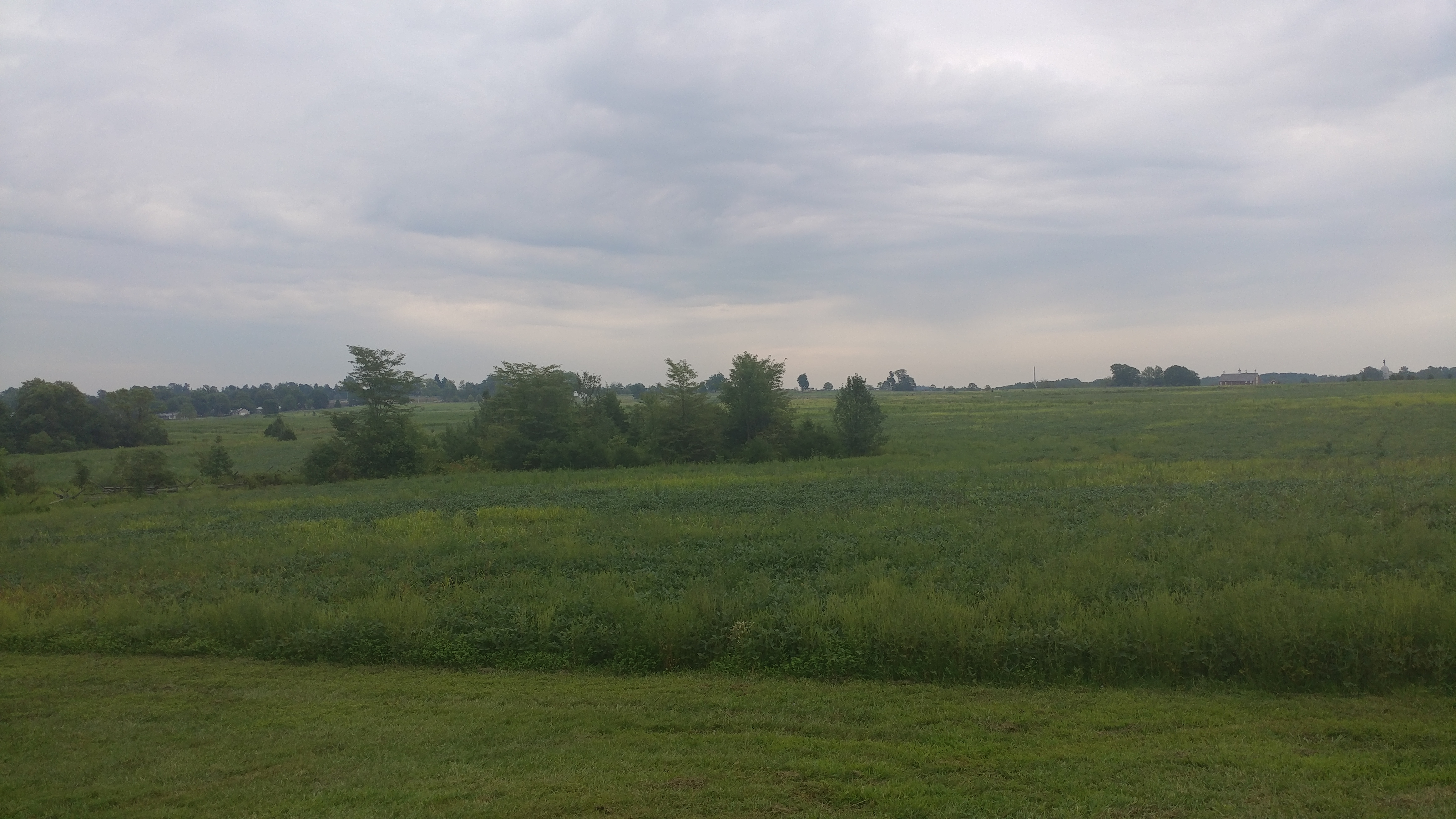 This view across the vast field leading towards Cemetary Ridge shows where the aforementioned Confederate soldiers flooded towards the Union lines. This fatal move came to be known as "Pickett's Charge". Thousands of casualties within hours. 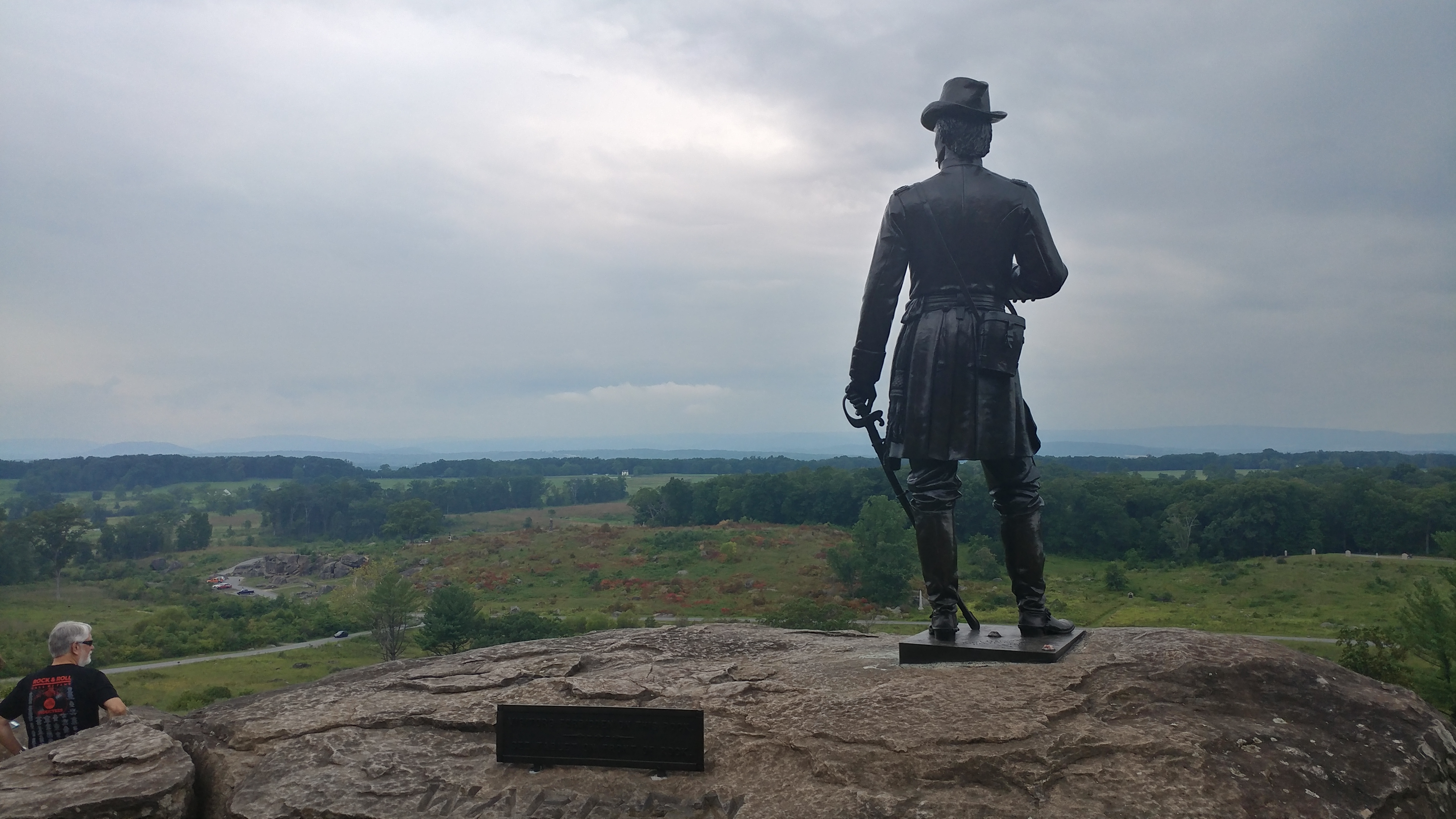 This angle shows Military General Warren looking across Little Round Top, into what would become known to the soldiers as, "The Valley of Death." Here, the river ran red with the blood of Yanks and Rebels alike, brothers slaughtered by brothers. 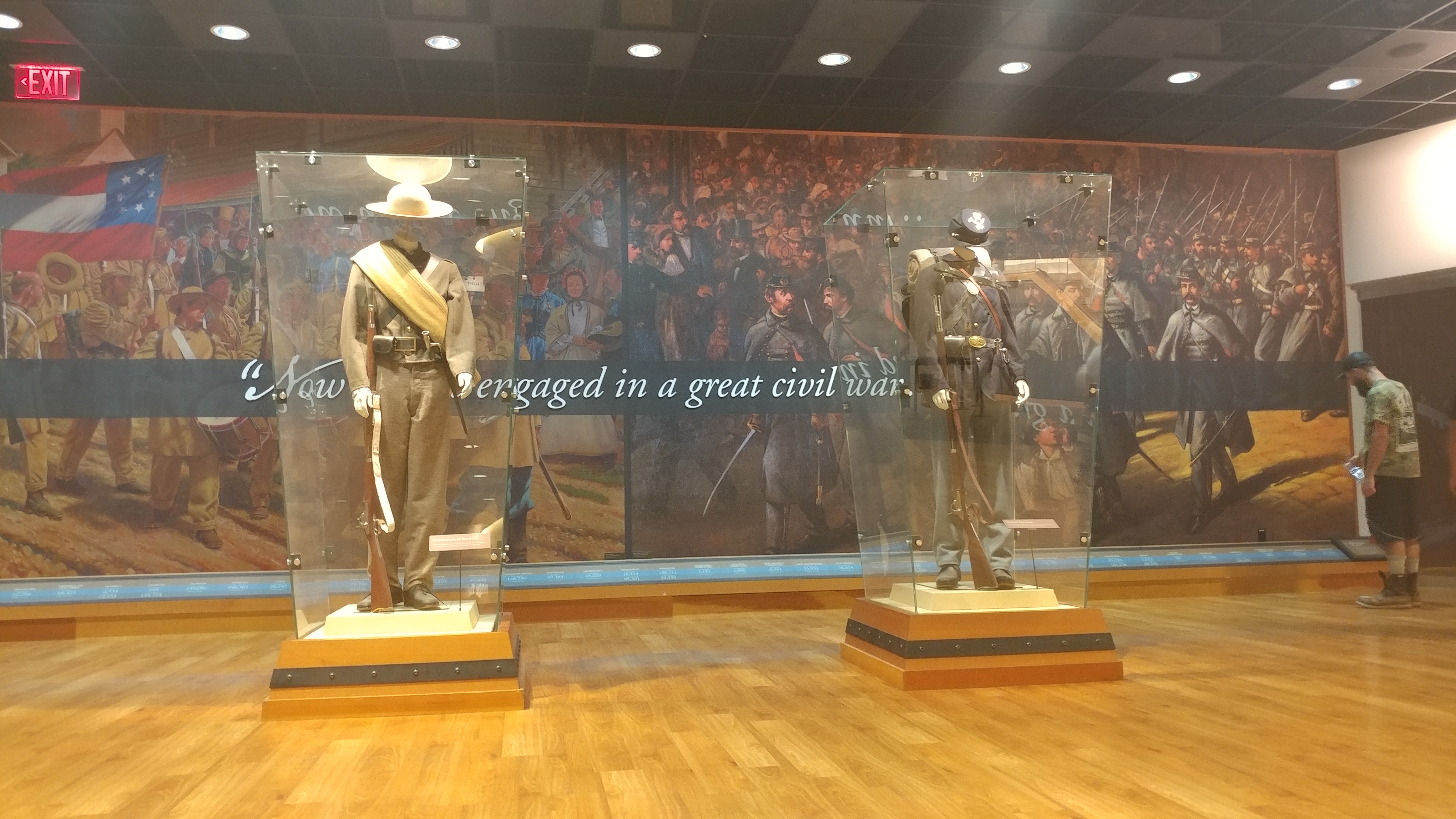 The uniforms worn by the Union and Confederate soldiers were extremely similar. So similar, in fact, that there were many reported incidents of friendly fire from mistaken identity. They all wore pure wool garments, through blistering heat or freezing cold. 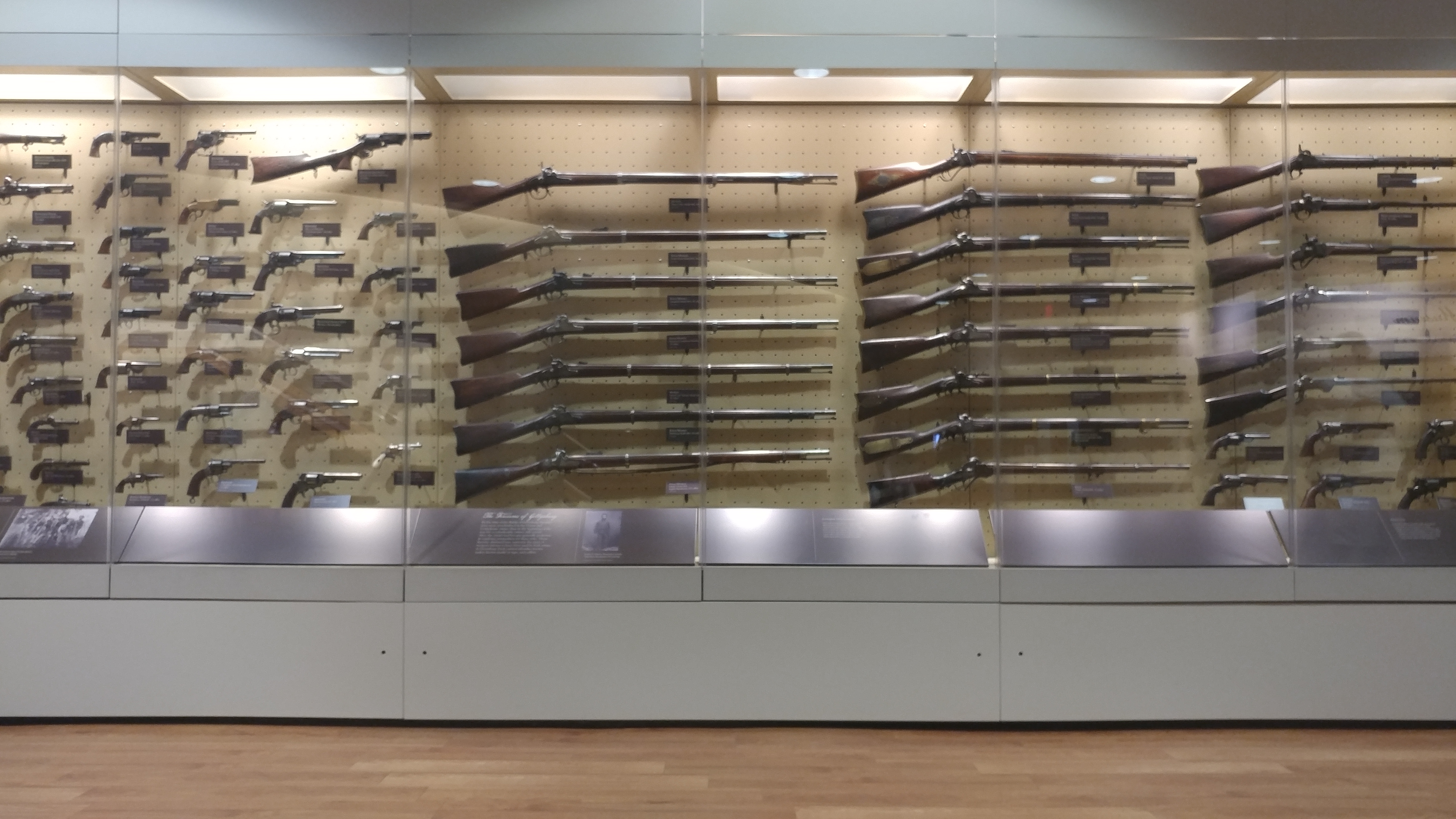 This exhibit showcases various revolvers, muskets, and carbines used in the battle. The ingenuity that humans seem to grasp when killing each other can be astounding. 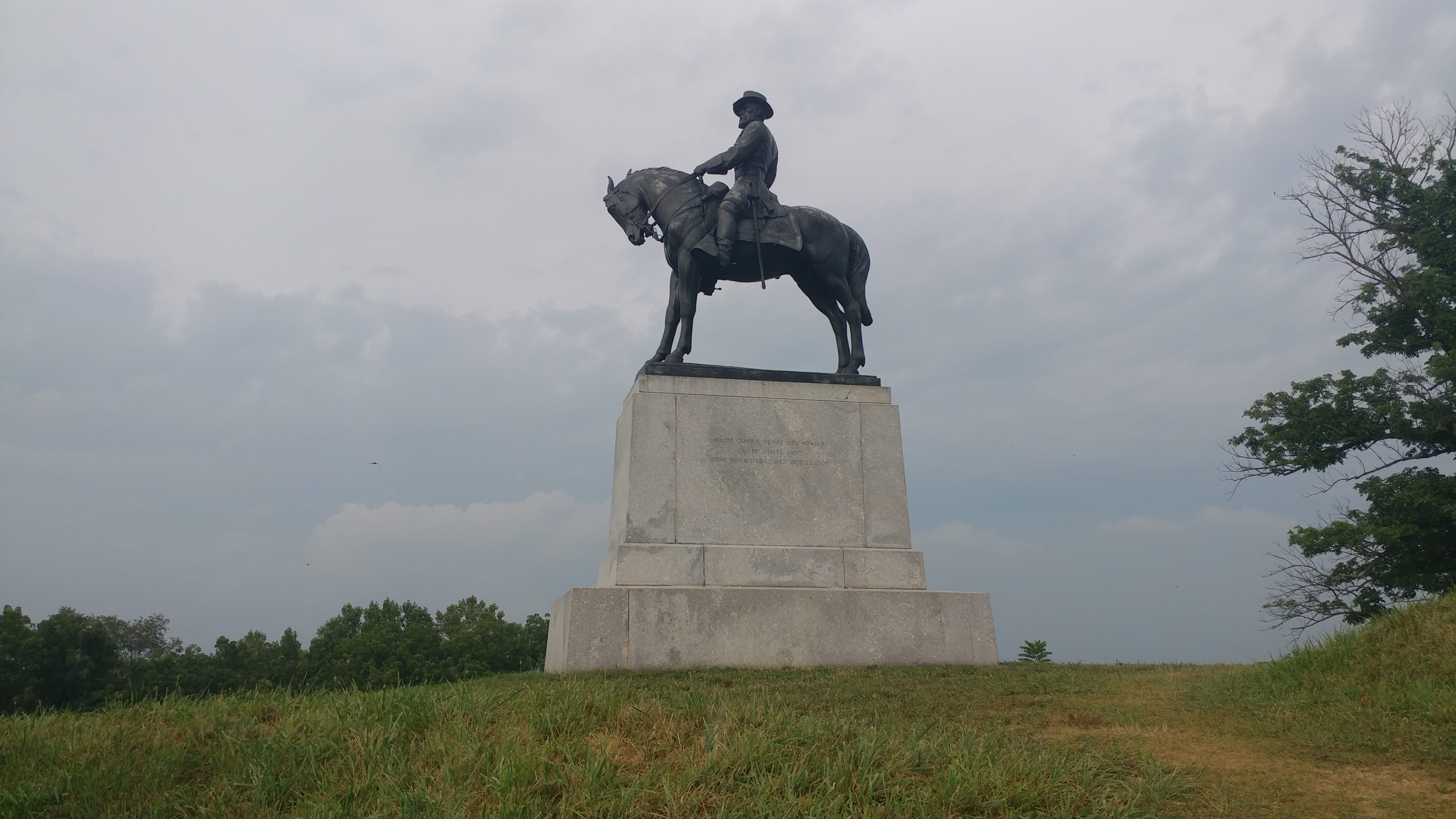 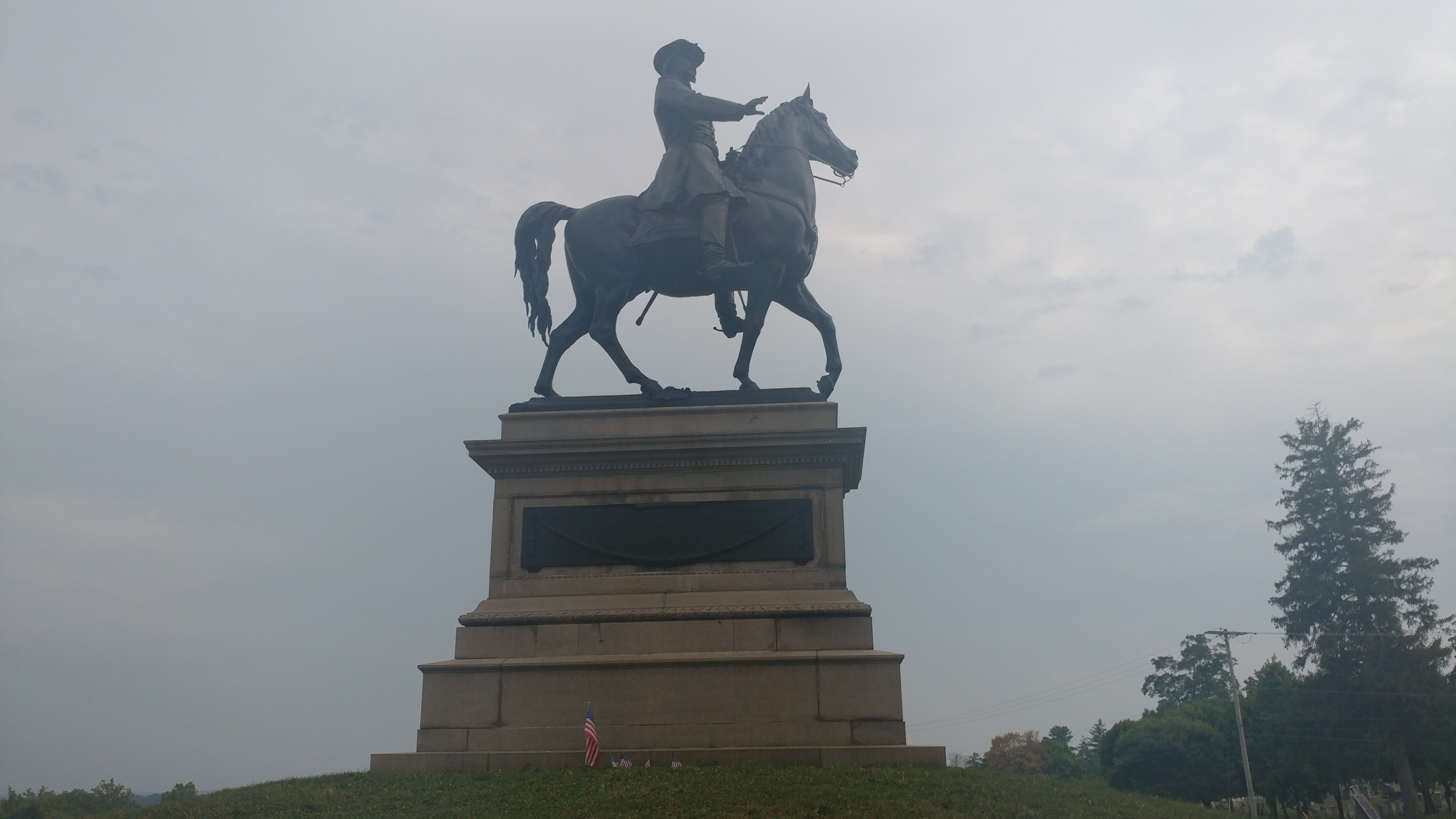 These two monuments are devoted to Generals Otis Howard and Winfield Hancock, two Union generals who were invaluable to the victory at Gettysburg 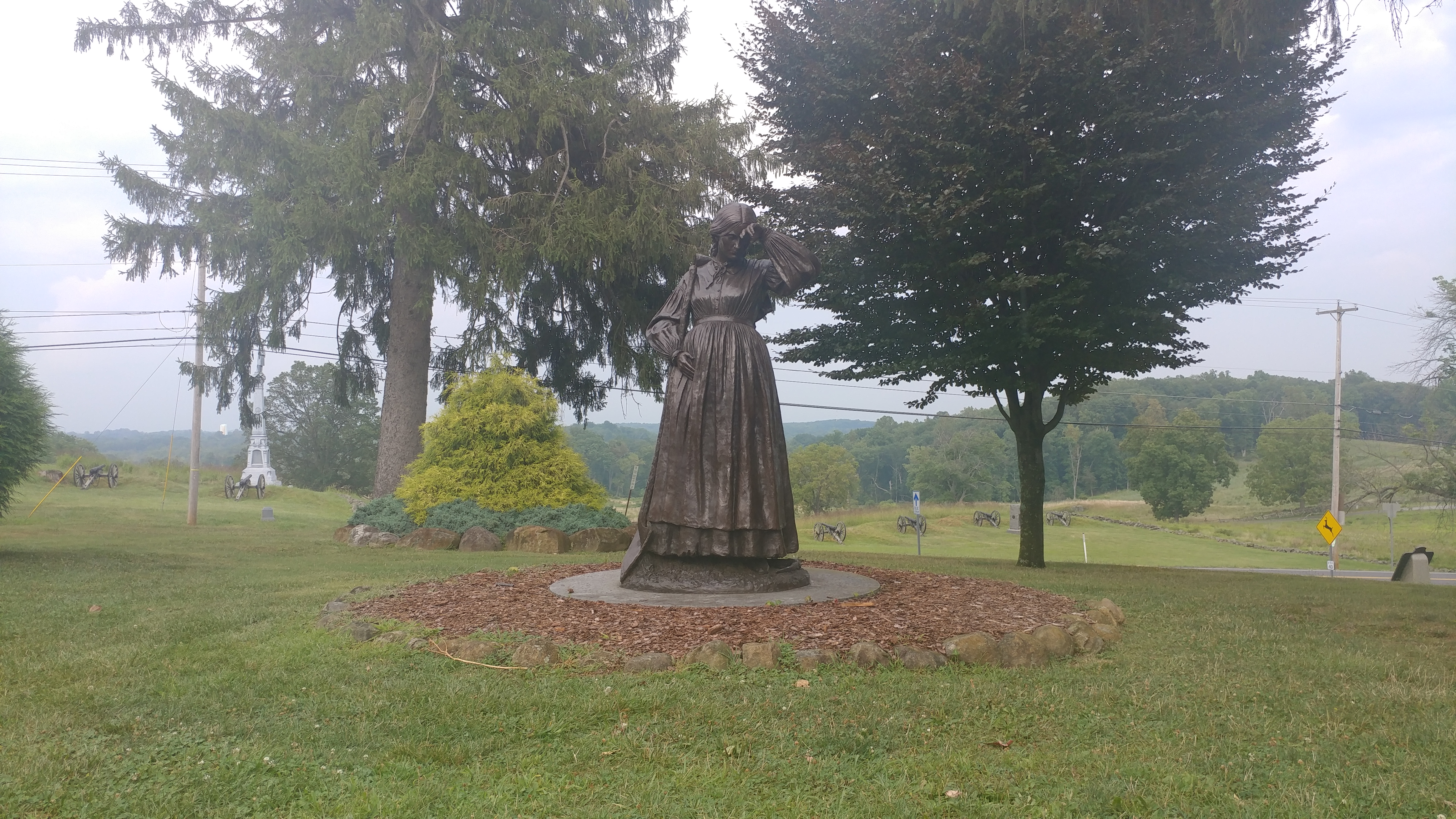 This statue is dedicated to all the women who took part in the Civil War. Without the nurses, civilians, and even the occasional soldier, the outcome of the war could have been far different. 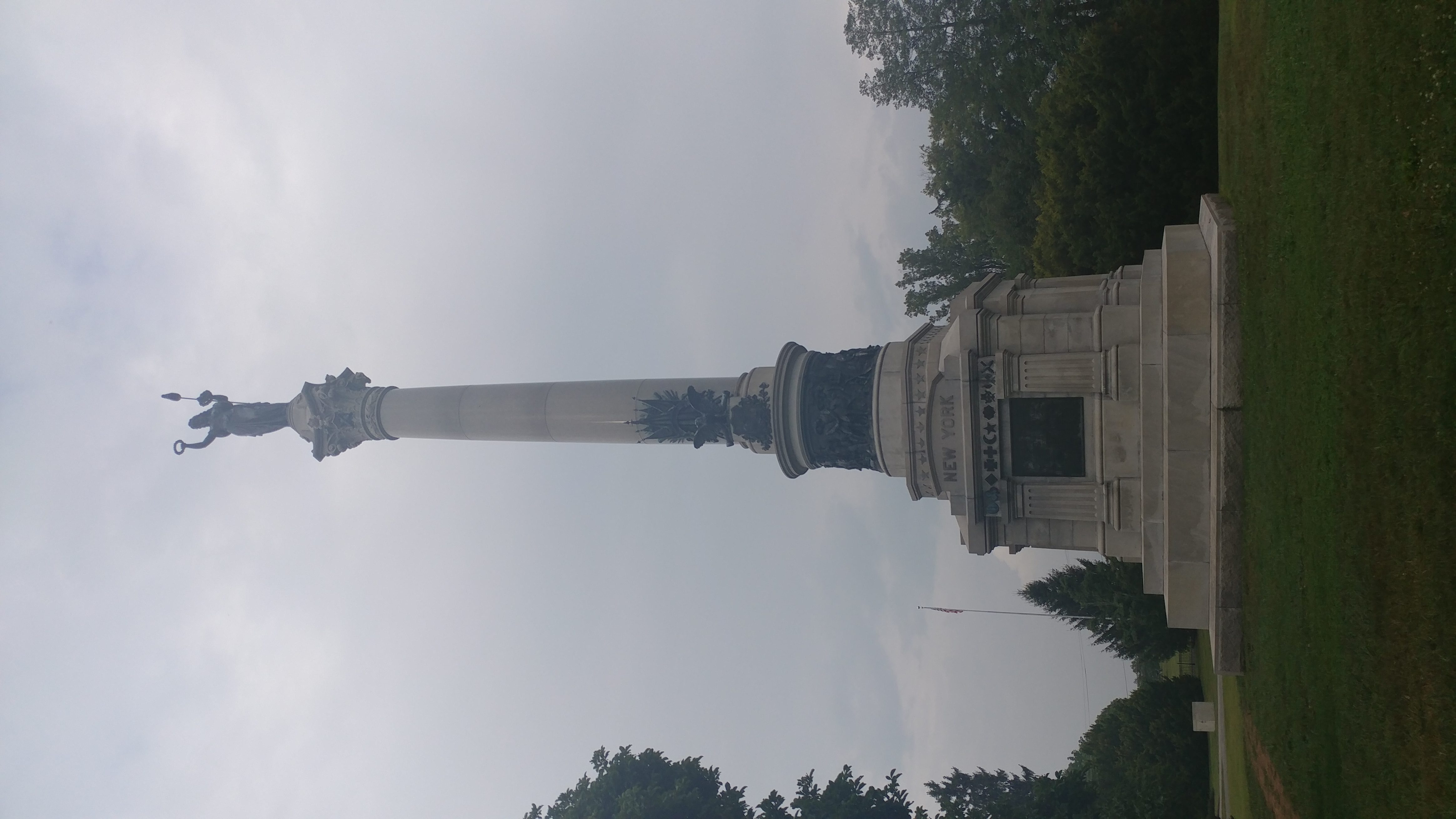 This enormous piece was commisioned by the state of New York, to commemorate the numerous brigades from their state which fought in the battle 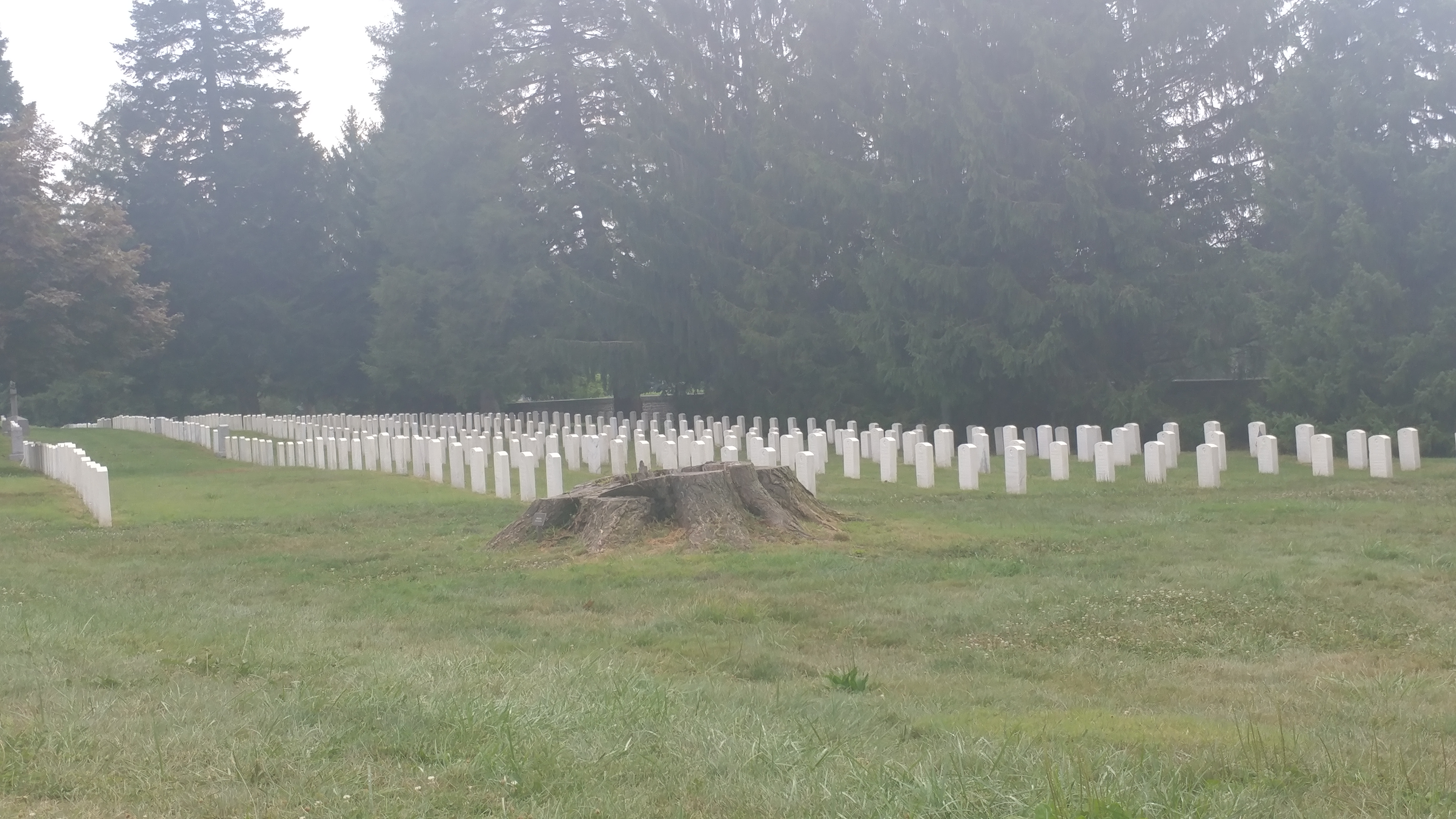 This is just one shot of the countless graves at the Soldier's Cemetary. Thousands of soldiers were buried here, often times after being exhumed from their initial battlefield graves. 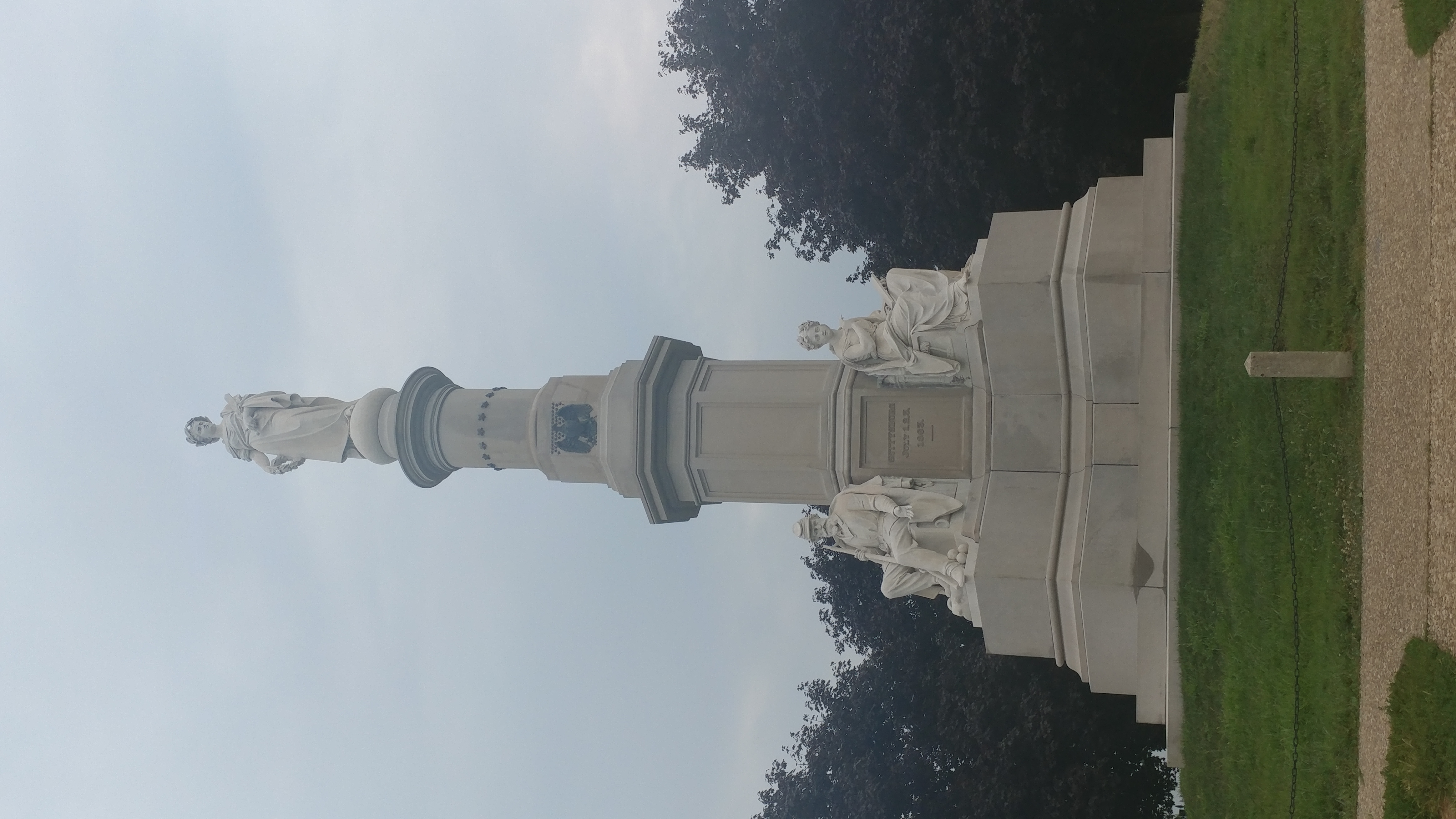 The star of the show: the monument dedicated to the battle, where Abraham Lincoln gave his famous "Gettysburg Address." In only a few paragraphs, he reminded the country why this fight was so important, and why the sacrifice of the soldiers who died must not be in vain.